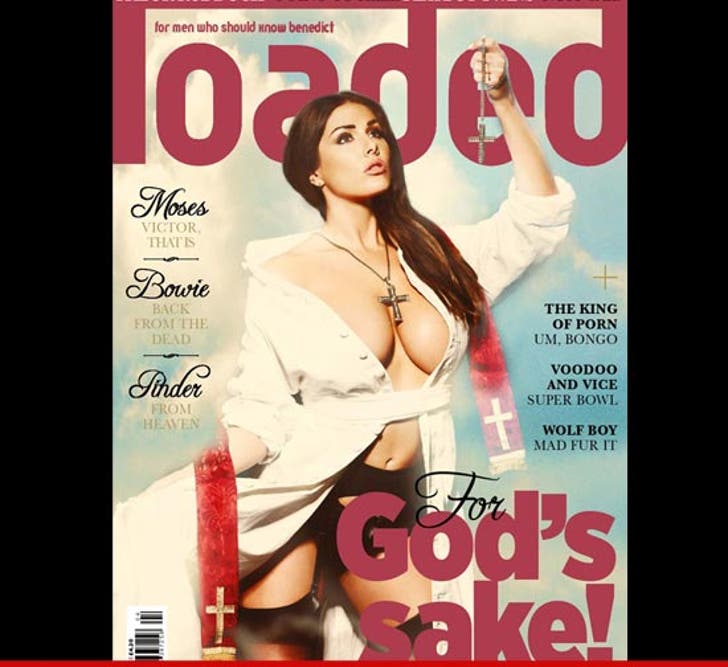 A prominent Catholic organization is up in arms over photos plastered across a UK men's mag -- depicting a topless model scantily covered in priest regalia.

The photos of glamour model Lucy Pinder were published in the current issue of Loaded magazine -- along with the headline "For God's Sake" -- spoofing the retirement of Pope Benedict XVI.

Catholics are pissed ... Bill Donohue -- president of the Catholic League -- tells TMZ, "Lucy Pinder shouldn't have any problem turning men's heads, so it is all the more gratuitous to see her wearing a priest's stole, stitched with crosses, nicely covering her plus-sized chest." (Nicely indeed)

Donohue sarcastically added, "If Lucy has any guts, perhaps next time she'll carefully drape herself in some Islamic garb during Ramadan. And then run for the hills."

For her part, Lucy tells us, “The shoot is meant to be fun and very tongue-in-cheek," so chill, Catholics. 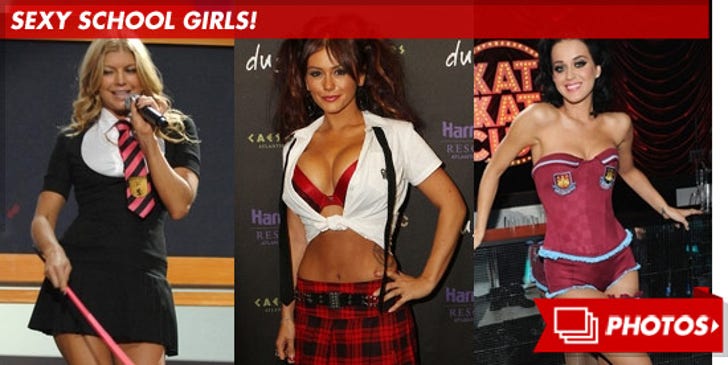 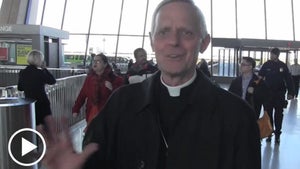 The Cardinal Rule for Electing the New Pope -- NEVER Vote for Yourself!!! 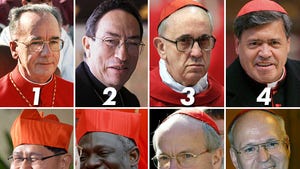 Potential New Popes: Who'd You Rather? 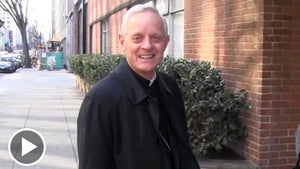