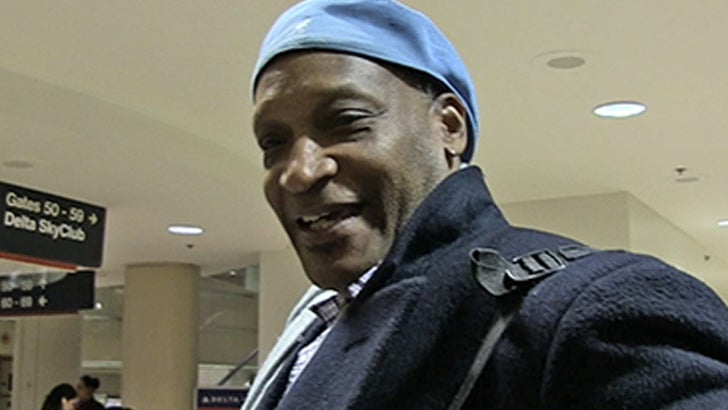 There's no such thing as a free lunch ... at least not in the soap opera world, a lesson Tony Todd recently learned the hard way.

Todd -- a notorious character actor from movies like "Candyman" and a few "Final Destination" movies -- just began a run on the popular soap opera, "The Young and The Restless."

Yesterday at LAX, Todd told our photog he loves doing daytime TV ... except for the fact they don't provide food. Todd says he has to slum it at the commissary and foot the bill himself!

Even TMZ gives us free lunch! Ok, just on Fridays, but still ...