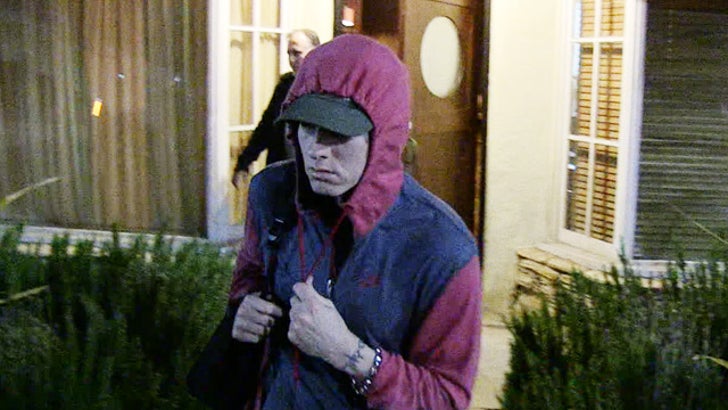 Eminem made a rare public appearance this weekend -- dining out at a popular L.A. restaurant ... and it's possible he's in town to visit his friend Lil Wayne.

TMZ shot footage of Em leaving Marino restaurant on Melrose by himself Friday night ... covering his head with a hoodie.

But when we asked about Lil Wayne -- who he's rapped with on multiple songs including, "Forever" and "Drop the World" -- it was clear, Mr. Mathers wasn't in the mood to talk.

We broke the story ... Wayne is in the ICU at an L.A. hospital after suffering multiple seizures last week. 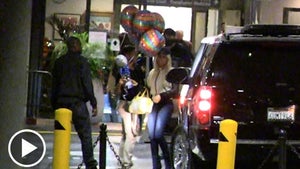 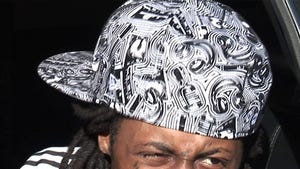