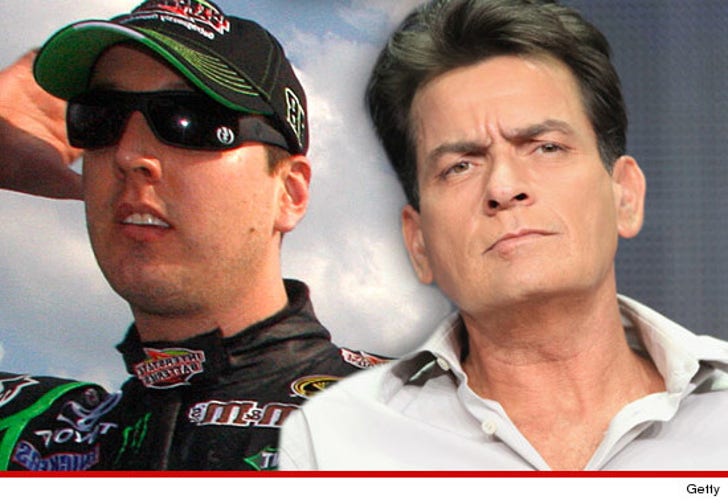 Kyle Busch -- one of NASCAR's famous hot-heads -- has signed on for some professional help from Charlie Sheen ... on his TV show, "Anger Management" ... TMZ has learned.

Sources connected to the show tell us Busch just signed the deal -- in the last 30 minutes -- to play himself in one episode of the FX comedy. He'll be seeking counseling ... we presume for road rage ... from Charlie's character.

Busch -- the most successful driver, in recent years, for Joe Gibbs Racing -- has more than earned his nickname ... "Wild Thing" with his antics on the track ... and off.

We're told Busch wanted to do the guest spot because he's a "giant Charlie Sheen fan" ... and loves the show.