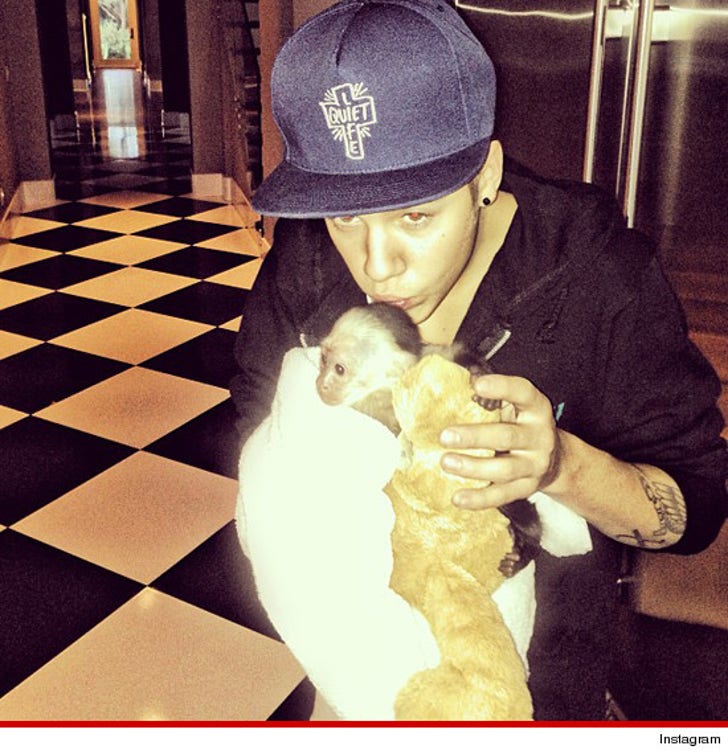 All that monkeying around has finally caught up with Justin Bieber (literally) after officials in Germany confiscated his monkey because Biebs didn't have the proper paperwork.

Bieber arrived at the Munich airport on Thursday and was confronted about the monkey when he went through customs. Since Bieber didn't have the proper documentation for the monkey (and you know how Germans about having your papers in order) they took the monkey into quarantine.

It appears the monkey was a recent gift from record producer Mally Mall, who tweeted the above photo earlier in the week with a caption, "OG MALLY FIRST PIC WITH HIS POPS @JUSTINBIEBER."

Bieber's track record with pets isn't so great -- he gave away his hamster to a random fan last December and the little guy passed away earlier this month. 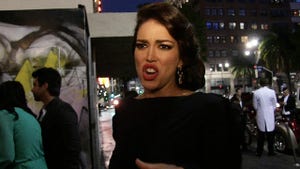