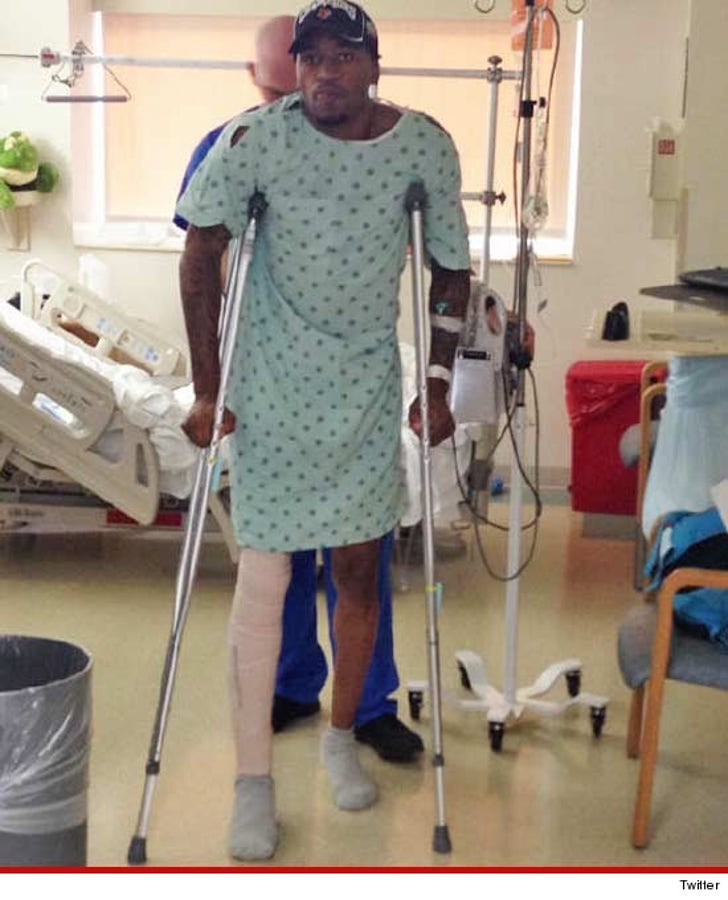 Just one day after Kevin Ware snapped his shinbone in what might've been the grisliest injury ever broadcast on TV, the Louisville guard is back on his feet ... with the help of crutches.

The 20-year-old was just photographed at an Indianapolis hospital looking surprisingly good ... his leg freshly bandaged after surgery.

In case you missed the game, Ware snapped his leg -- through his skin -- during Louisville's game against Duke yesterday. Ware was attempting to block a 3-point shot and landed wrong. Google at your own risk.

Ware underwent a two-hour procedure following the injury ... doctors had to insert a rod into his tibia ... but thankfully, everything went well.

The Louisville team physician has said he doesn't believe the injury will be career-ending ... but Ware's not playing ball anytime soon. 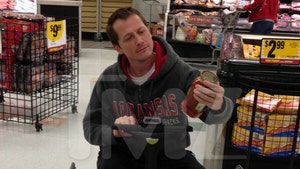 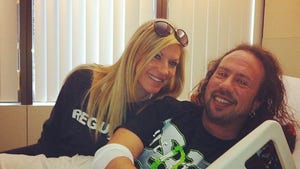 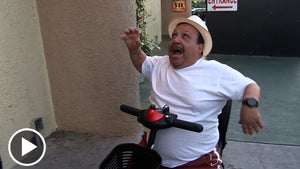