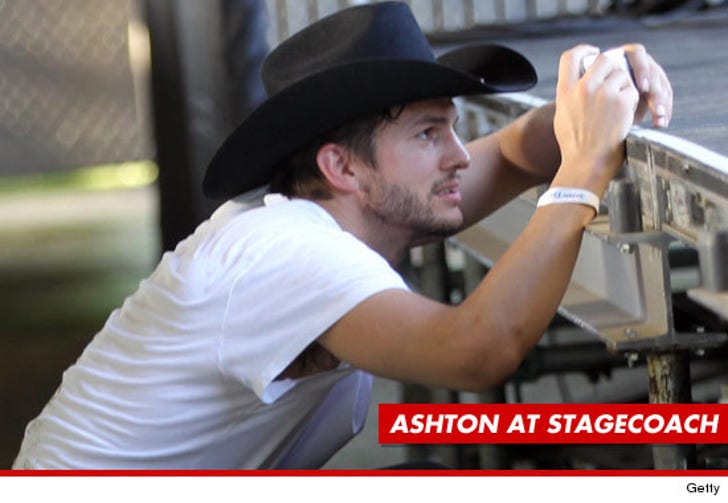 Ashton Kutcher got into a violent melee with security at Stagecoach -- a country music festival in Indio, CA -- after a security guard got physical with the actor and a fan ... TMZ has learned.

According to our sources, Kutcher was in the VIP area near the stage to check out Nick 13 and Dwight Yoakam ... when a woman approached him to say hi and shake his hand. We're told when Kutcher went to greet the woman, security intervened and shoved the two of them ... and chaos ensued.

Our sources say Kutcher and the security guard went at it, each violently shoving the other. Ashton's friends had to restrain him. We're told the guard demanded that Kutcher be ejected, but Ashton left on his own.

Eyewitnesses tell TMZ ... Ashton was NOT the aggressor. They say the security guard was overzealous and out of line.

We reached out to Kutcher's rep for comment ... so far, no word back.