The caller appears to be Chris' mother, but it's not entirely clear.

During the 911 call, the caller tells the dispatcher that Chris is not breathing. The dispatcher then walks her through instructions on how to resuscitate him.

As we reported, police claim Kelly's mother told them her son had taken a combination of heroin and cocaine the day before he died and that he had an "extensive history of drug use." 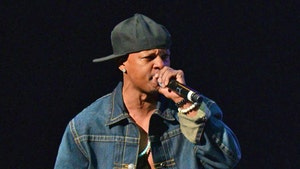