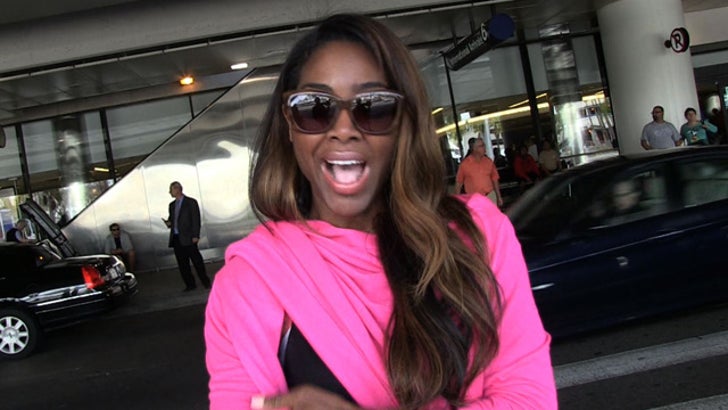 "Real Housewives of Atlanta" star Kenya Moore WILL be returning for season 6 of the reality show ... on one condition -- the money better be damn good.

Sources close to the show tell TMZ, she's currently finalizing talks with Bravo to come back next season ... but her paycheck has become a sticking point in contract negotiations.

We're told the issue is expected to be settled very soon ... and her return is pretty much a done deal.

We shot Kenya at the airport Monday -- but when we asked about whether she'd be returning, she played coy.

As for Kenya's archnemesis Porsha Stewart ... sources say she'll be coming back too, but in a smaller role.