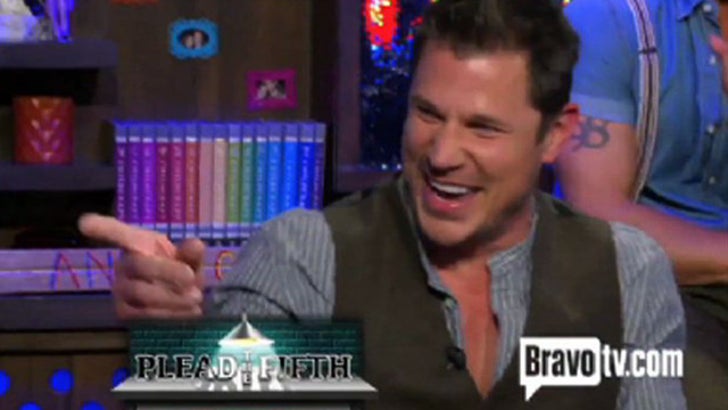 Nick Lachey says the best part about being divorced from Jessica Simpson is that he no longer has to play grab ass under the table ... WITH PAPA JOE!!

Nick and his brother Drew appeared on Bravo's "Watch What Happens Live" with Andy Cohen last night ... and dropped some truth bombs about the Simpson family.

Among the highlights ... Nick says he hasn't spoken with Jess in YEARS ... and sent jaws crashing to the floor when Andy asked, "What is the best thing about no longer having Joe Simpson as a father-in-law?"

Something Went Wrong
It gets better -- check out TooFab.com for the rest.

Nick and Jessica divorced in 2006. Lachey says he hasn't spoken with Jess in years.

We're guessing he hasn't reached out to Joe either.