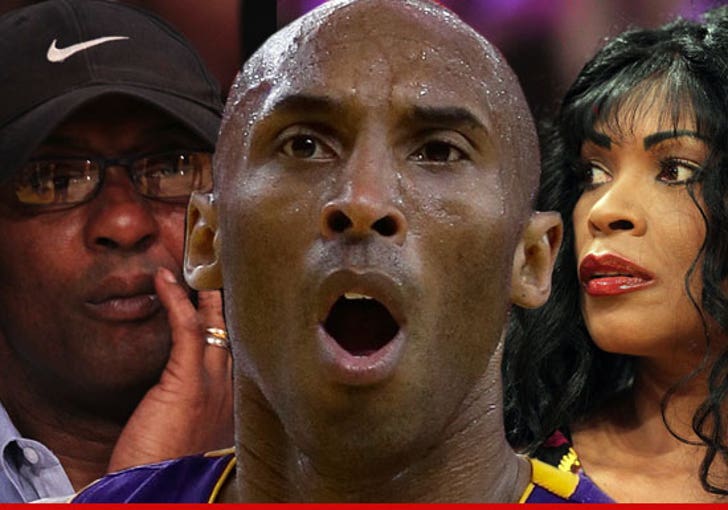 Kobe Bryant's parents have turned their backs on their son -- claiming Kobe was LYING when he accused his mother of stealing more than a million dollars worth of his basketball memorabilia ... and putting it up for auction, TMZ has learned.

Kobe's mom and dad -- Pamela and Joe -- both filed sworn declarations in the legal dispute between Kobe and Goldin Auctions, the auction house planning to sell off the valuable stuff ... insisting Kobe willingly gave his mother the items in question ... and it's her right to sell them.

According to Kobe's dad, Kobe gave his mother the memorabilia over the years, telling her, "Here mom, these are for you." Kobe's mom insists she never took anything from him without permission.

Even Kobe's grandma has filed a declaration in support of Pamela.

Kobe's sister Sharia Washington, on the other hand, filed a declaration claiming their mother has been conspiring to sell Kobe's stuff for years ... telling her the family could profit greatly from Kobe's stardom.

As we reported, Kobe has countersued, claiming his mother stole the memorabilia from his house.

He wants to stop Goldin from selling the items and to have them returned to him. A judge has blocked the auction, but only for now. 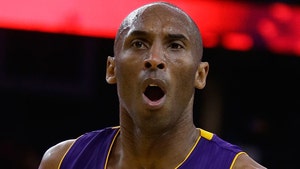 Kobe Bryant -- A Judge Shuts Down Memorabilia Sale ... For Now 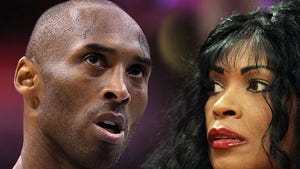 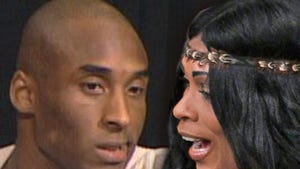