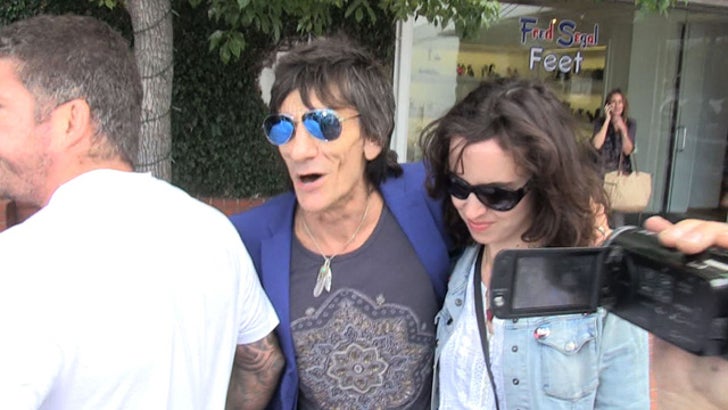 The Rolling Stones weren't FORCED to drastically lower ticket prices for their current concert tour due to slow sales, they CHOSE to bring the cost down ... this according to guitarist Ronnie Wood.

The story has been everywhere -- more than 1,000 seats for a recent Stones show were slashed to $85 at the last minute ... and according to reports, it was all because the concert was drastically undersold.

But on the way out of Fred Segal in L.A. yesterday, Wood insisted the move wasn't motivated by $$$ -- instead, Wood says, the band just simply "wanted" to do it ... for the fans.