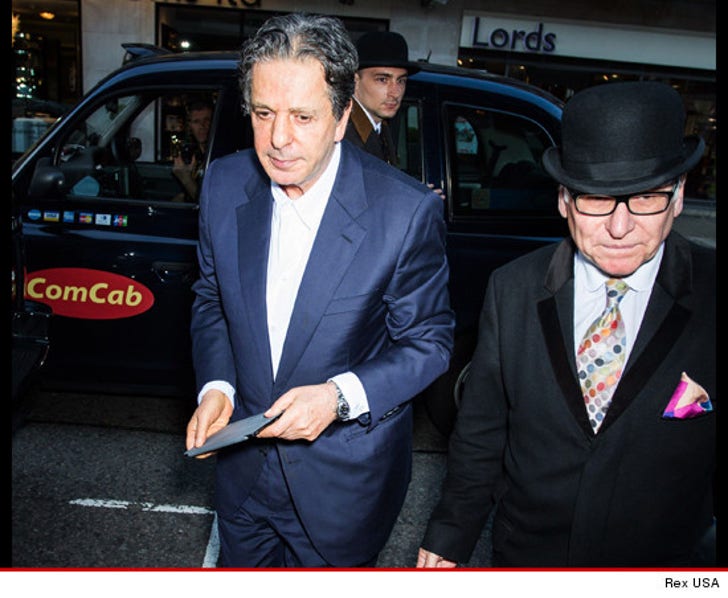 Millionaire choke artist Charles Saatchi -- the guy who says he was only "playfully" strangling his wife in public last week -- surfaced in London today for a dinner date with himself.

Saatchi has been hounded by the U.K. media ever since photos surfaced showing the ad mogul getting a little too hands on with his celebrity chef wife Nigella Lawson.

But today, Saatchi arrived solo to the the swanky 34 Restaurant in London.

With Lawson reportedly out of town -- and far from Saatchi's grip -- looks like the only thing he'll be choking in the near future is his own chicken.