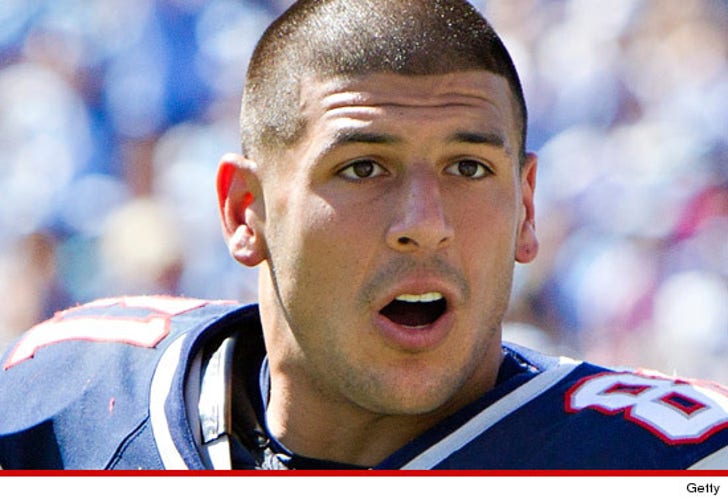 The New England Patriots have DROPPED tight end Aaron Hernandez in the wake of the NFL star's arrest early Wednesday morning ... and the team says the move was the "right thing to do."

23-year-old Hernandez was a rising star with the Patriots and signed a 5-year contract worth $40 MILLION just last summer.

The Patriots just released a statement saying, "A young man was murdered last week and we extend our sympathies to the family and friends who mourn his loss. Words cannot express the disappointment we feel knowing that one of our players was arrested as a result of this investigation."

"We realize that law enforcement investigations into this matter are ongoing. We support their efforts and respect the process. At this time, we believe this transaction is simply the right thing to do.”

Officials have not announced what Hernandez has been charged with so far ... but the charges will be revealed when Hernandez appears in court for his arraignment later today.

8:55 AM PT -- The NFL has issued a statement ... saying, "The involvement of an NFL player in a case of this nature is deeply troubling."

8:53 AM PT
-- The Patriots are scrubbing any trace of Hernandez from the organization -- removing all A.H. merchandise from the team store ... and erasing him from the official roster on the team website.