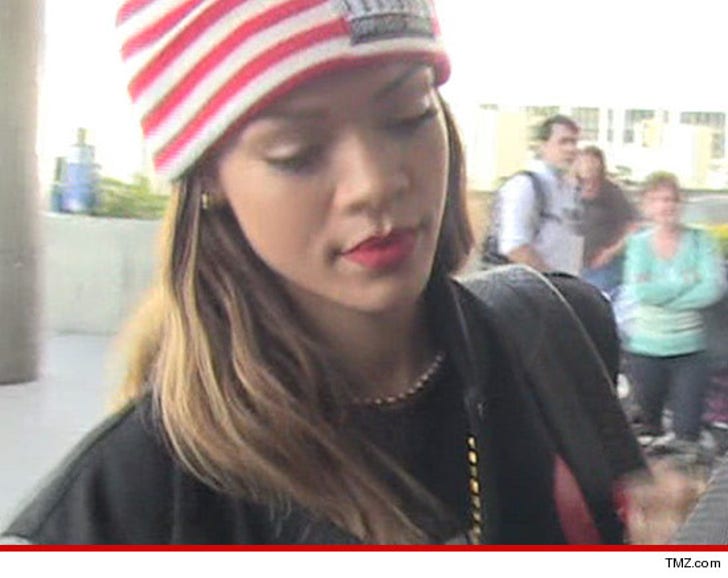 Rihanna is taking a page out of the Lindsay Lohan legal defense playbook and skipped out on a deposition -- and now it could now cost her MILLIONS ... if her ex-accountants get their way.

As TMZ previously reported, Rihanna sued her former money managers, claiming they mismanaged her funds and owed her millions. But the firm, Berdon LLP, fired back, saying Ri's money woes were her own fault and they owe her squat.

Berdon has been trying to get RiRi to sit down for a deposition for NINE MONTHS, but no cigar. Now they've filed new legal docs, imploring a judge to punish Ri for her actions.

Specifically, Berdon says RiRi has blown off a court-ordered deposition on a slew of occasions: November 2012 (extension), January 29, 2013 (avoided), May 8 and May 9, 2013 (said she had a concert, but knew the concert dates loooong before), and most recently June 19 (said she was sick).

Berdon is MOST pissed about June 19. They claim they accommodated RiRi's schedule and set-up the deposition in London, costing them about $100k ... only for Rihanna to cancel. Despite the fact, they claim, she performed shortly before and after the 19th and was tweeting the day before ... with no signs of illness.

Berdon says it's "been pushed beyond the breaking point" and "cannot excuse her behavior."

The accountants are asking a judge to dismiss RiRi's multi-million dollar suit outright and wants her fined at least $100,000 for their wasted time and resources.