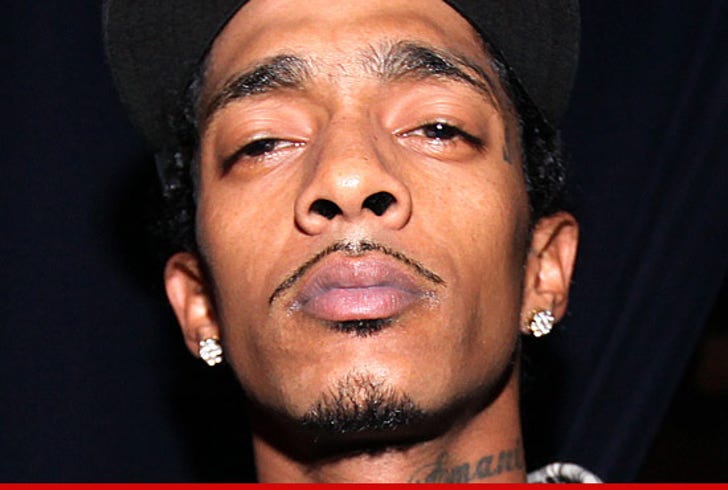 Nipsey Hussle tells TMZ ... "hyper-sensitive LAPD officers" overreacted and used excessive force when stopping the rapper and his crew at a Trayvon Martin rally yesterday -- and he insists he did NOTHING wrong.

We broke the story ... Nipsey was handcuffed after cops believed he may have been brandishing a gun ... but later let him go when they realized he was not in possession of a firearm.

Now, Hussle tells us ... cops blamed the mix-up on officers who were monitoring the event in a police helicopter ... and they believed they saw Nipsey with a gun.

Nipsey says the confusion may have stemmed from an incident with a random person who threw a bottle at Nipsey's car. Nipsey says he and his crew got out of the car to say something to the bottle-thrower ... then quickly got back into their car and drove away. Moments later, they were surrounded by cops. 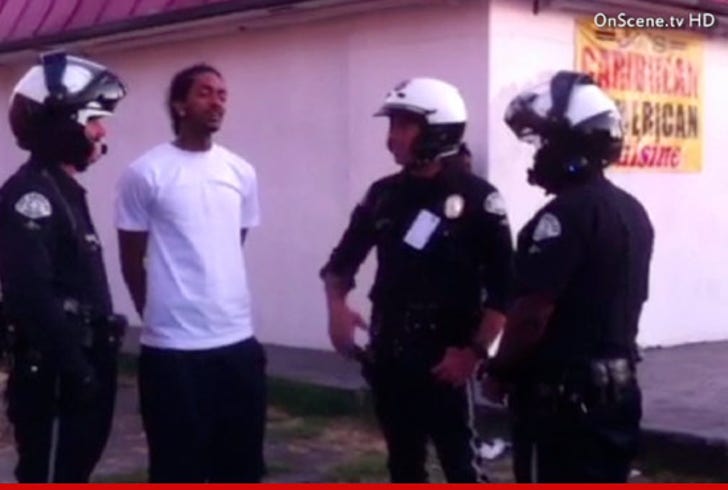 Nipsey tells TMZ ... he's especially upset at the way cops treated his brother (who is disabled) -- "They pushed his face on the concrete. They dropped a knee in his spine then twisted his arm and cuffed him while he was not resisting."

Nipsey says cops held them on scene for 4 HOURS ... before they eventually determined no one in Nipsey's crew had a gun.

Despite being at the Trayvon Martin rally ... Hussle doesn't think the situation was a case of racial profiling -- "I think it was the result of hyper sensitive LAPD officers overreacting once again." 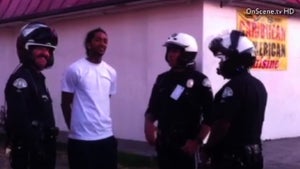 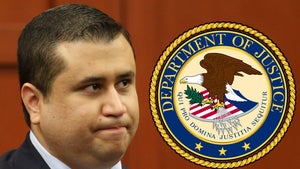