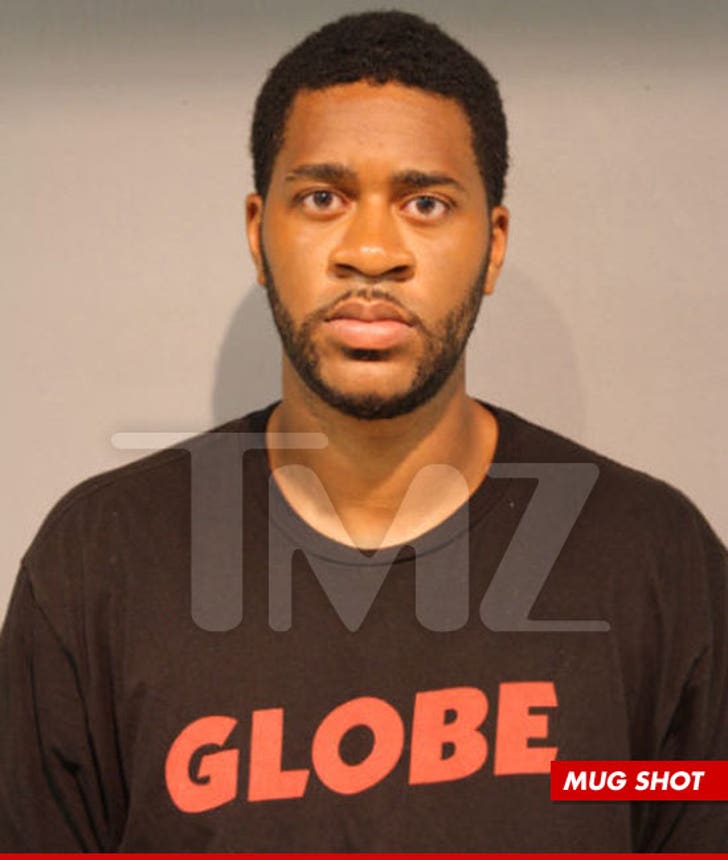 The "MasterChef" finalist who was arrested after getting into a violent, bizarre encounter with cops ... has a history of criminal behavior ... including a previous arrest.

TMZ broke the story ... Josh Marks was popped by cops in Chicago last week after he allegedly punched a cop and tried to steal his gun. It took 5 cops to finally subdue the 7-foot-2 giant, after using pepper spray and batons. Once in custody cops say Marks claimed he was God.

Marks' lawyer told TMZ afterwards, doctors are evaluating the chef for a mental illness, arguing he wasn't in his right mind when the alleged attack went down.

Now we've learned this isn't the first time Marks has had a run in with the law.

Law enforcement sources tell TMZ ... Marks was arrested in June for trespassing in a Chicago condo complex -- after allegedly sneaking in on numerous occasions and bizarrely telling residents he lived there. He DID NOT.

At the time, the building sent a WARNING to residents to be on the lookout for a "very tall" African-American man, who "enters the building by catching the door." They were told to call 911. The case is still pending.

As for the assault case, Marks has been charged with two felonies and faces 14 years in prison.