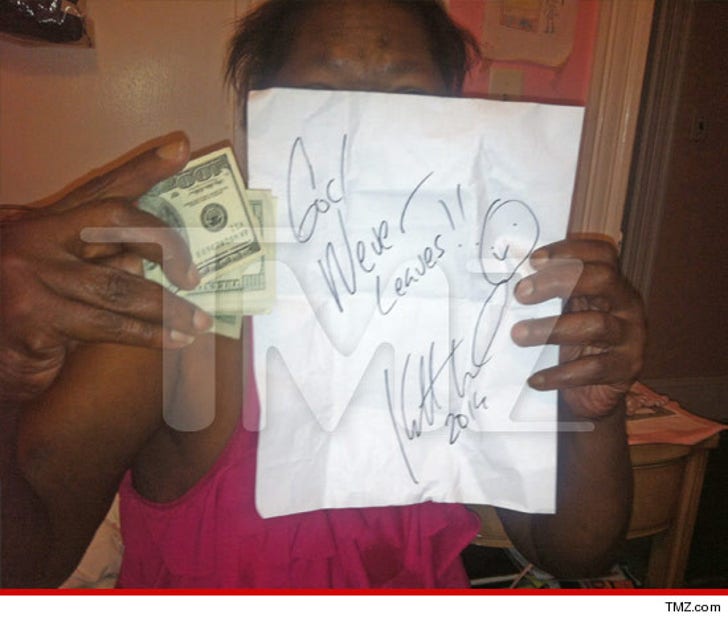 Katt Williams gave $1,000 in CASH (and a free signed note) to a wheelchair-bound woman following a recent performance ... after learning she's in bad need of a kidney transplant, TMZ has learned.

The comic had just wrapped a show in Boston on Sunday when a member of his security team noticed the woman crying in the audience.

The woman insisted she was leaking "tears of joy" ... after laughing for the first time since doctors told her she's in desperate need of a new kidney.

The security team brought the woman backstage to meet with Katt -- and he was so moved by her story, he excused himself from the room ... only to reappear moments later with a folded up sheet of paper.

When the woman opened up the bindle, she was shocked to find ten 100 DOLLAR BILLS ... along with a note that read, "God never leaves."

Then came more tears of joy.

TMZ spoke to the woman who says the gift was an "awesome surprise" ... because, at first, she thought Katt's package was full of weed.

Given his history, ya can't really blame her. 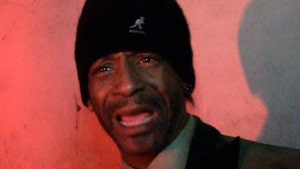 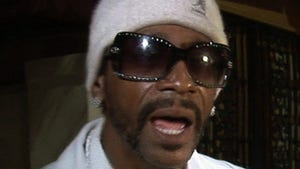