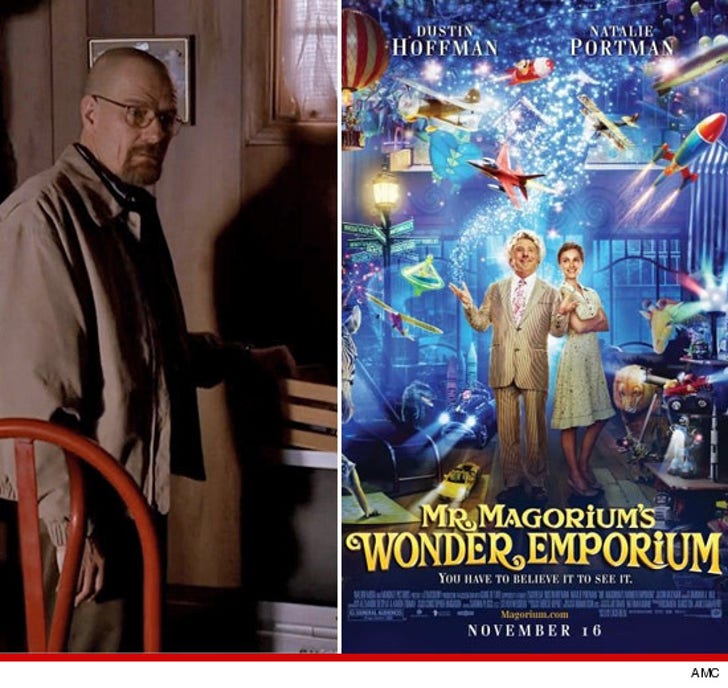 The writer/director of "Mr. Magorium's Wonder Emporium" tells TMZ ... he harbors no grudges against "Breaking Bad" for trashing his movie, because he also thinks it's a piece of crap!

In the episode, Walter White was taken into a secluded home in the woods, with no Internet or cable. The only entertainment was "Mr. Magorium's Wonder Emporium" -- and there were TWO copies.

Zach Helm, the writer/director of "Magorium" tells TMZ ... "Having myself endured the ignominy of watching the Technicolor train-wreck that is 'Mr. Magorium's Wonder Emporium' multiple times every day for over a year, I can attest to it being the perfect Kafka-esque Hell for a character of such moral ambiguity as Walter White."

Zach also said as good as "Breaking Bad" is ... the plot line of ANYONE having 2 DVDs of that movie is simply unbelievable. As he put it, "That is exactly two more copies than are allowed in my house."