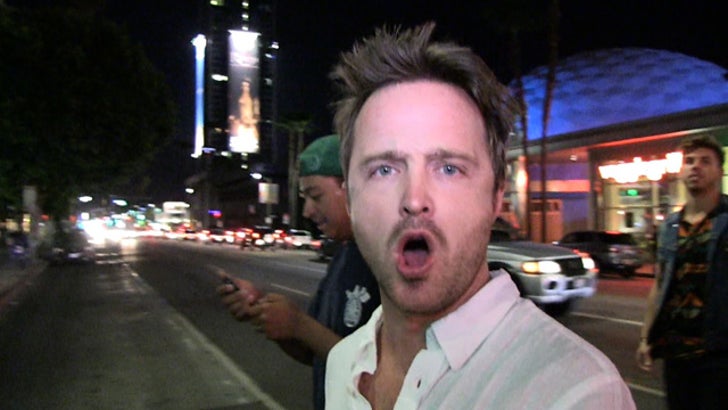 Aaron Paul told us the biggest casualty of the "Breaking Bad" finale, could be -- no spoiler alert necessary -- his career!

Last night we asked Aaron -- who's won 2 Emmys for playing Jesse Pinkman -- if he was concerned about getting typecast ... or if he'd ever have another role as good as this one, and he said ... "My career is downhill from here. We all know it!"

Hard to tell if he's joking ... or if he's just grown comfortable with the possibility his career really is ruined.

Aaron does tell us he thinks one aspect of his Jesse character will live on ... for better or worse.