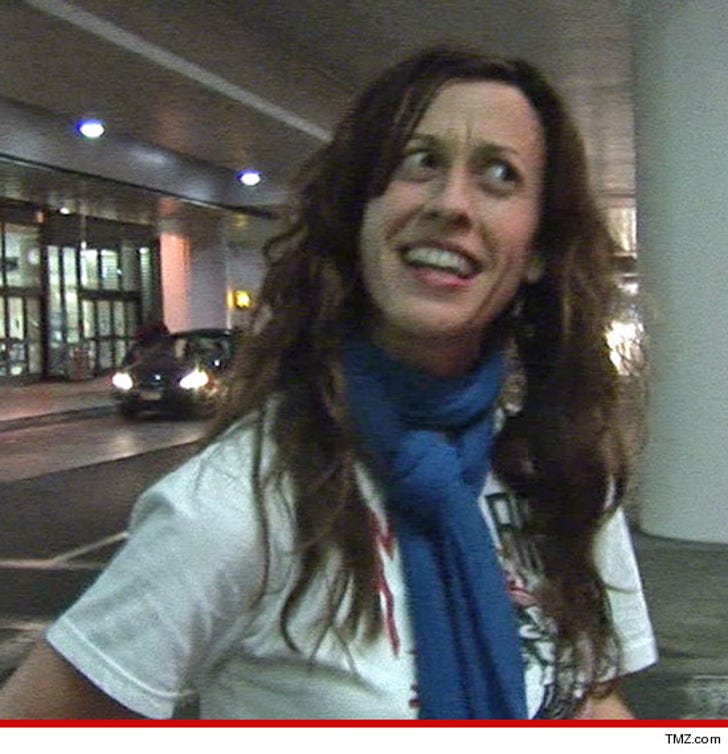 Alanis Morissette oughta know ... you can't keep a nanny locked up in your child's bedroom all night ... without so much as a meal break -- but one ex-nanny is now suing the singer for allegedly doing just that.

Bianca Cambeiro filed the lawsuit against Morissette and her husband Mario Treadway, claiming the couple employed her from August 2011 to March 2013 ... and she worked a hellish 12-hour night shift looking after their newborn son.

According to Bianca's lawsuit, Alanis effectively held her hostage inside their baby's bedroom while he slept, ordering her not to leave under any circumstances ... not even for a break to eat.

Bianca was only allowed relief if one of the child's parents was in the bedroom ... or if the day-shift nanny replaced her. That's it.

What's more, Bianca says she was denied more than $30,000 in unpaid overtime and other wages. But she's suing for $100,000 on top of that, claiming she also suffered emotional distress.

We reached out to Alanis' people for comment. So far, no word back.

Chinese Spy Balloon U.S. Shoots It Down Biden Will 'Take Care of It'