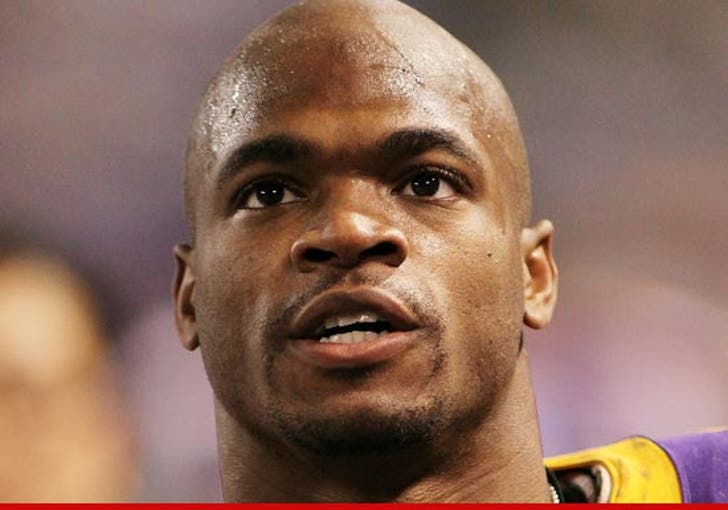 3:00 PM PDT: Peterson just sent a series of Tweets: "God Bless everyone and thank u so much. The NFL is a fraternity of brothers and I am thankful for the tweets, phone calls and text messages from my fellow players. Thank you to my family, my fans and fans of other teams for their support."

Cops believe Peterson's son was severely beaten by 27-year-old Joseph Patterson, the man who was dating the mother of the NFL star's child.

As we reported, the mother of the child has decided to donate the child's organs to people in need.

The boy was on life support since 5:30 PM Thursday ... but his condition never improved ... so family members made the decision to take the child off the ventilator.

Sources tell TMZ .. Adrian was informed about the situation before the news went public.

We're told Peterson will be planning the funeral with other members of the boy's family.

Patterson was initially arrested in Sioux Falls, South Dakota for assault and battery of an infant -- and now, it's almost certain the charges will be elevated to murder.

The details surrounding the beating are unclear -- but cops say medical responders were called to the apartment where the child was living on Wednesday evening ... and he was unresponsive when help arrived.