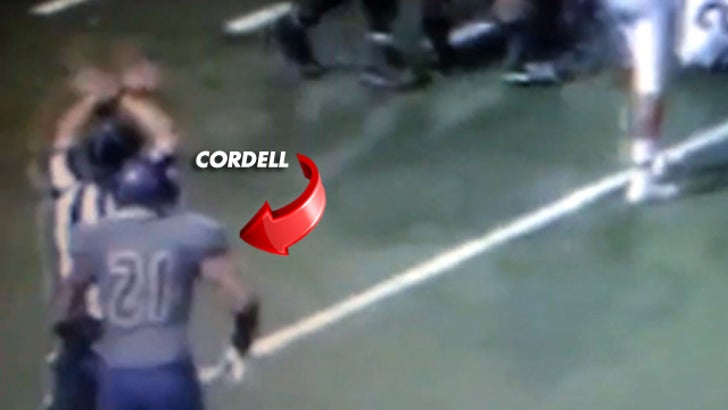 Snoop Dogg's son Cordell Broadus -- one of the top high school football prospects in the country -- has been SUSPENDED from playing this week after punching another player in the head during a brawl on Friday night ... TMZ has learned.

16-year-old Cordell -- a junior wide receiver at Diamond Bar High School in CA -- was playing against rival Diamond Ranch HS on 10/18 when a shoving match broke out.

In footage obtained by TMZ, you can see Broadus (wearing #21) charging from the sideline to the middle of the field ... and throwing a haymaker at an opposing player.

After the punch, the situation escalated into a full-blown melee, with both benches clearing. The game was called off with roughly 3 minutes remaining due to the fight.

Now, the fallout is underway.

The California Interscholastic Federation (CIF) -- the body that governs high school football in CA -- has suspended several players from both teams.

Sources tell us ... Cordell Broadus is one of the suspended players.

FYI -- it's a huge blow for Cordell ... who, at 6'3" and 186lbs, is reportedly being recruited by some of the top college programs in the country including Notre Dame, Duke, LSU, Nebraska, UCLA and USC.

We reached out to Snoop's people for comment -- so far, no word back. 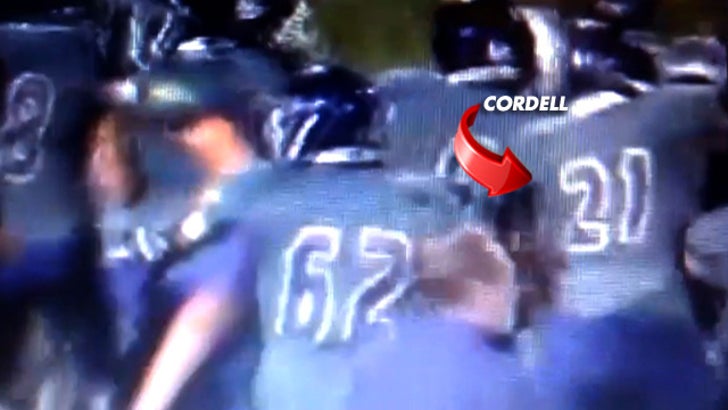