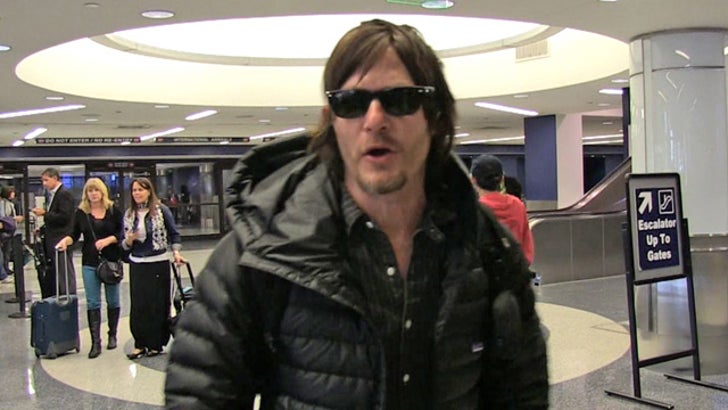 Jerry Seinfeld would probably not survive a zombie apocalypse ... neither would Jennifer Aniston or even Bill Cosby ... this according to "Walking Dead" star Norman Reedus.

The slayer of the undead was leaving LAX this week, when we asked the single most important question we may have ever asked any celebrity ... ever:

Which sitcom cast is best equipped to survive a zombie invasion ... Seinfeld, Friends or Cosby?

Reedus answered the question -- but he didn't pick one of our options. He put his money on a cast that's way more aggressive ... a cast that once got violent over Palestinian chicken.