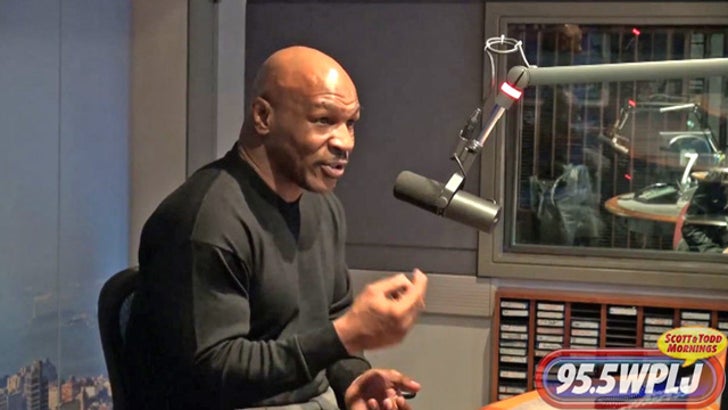 Mike Tyson is worried about Chris Brown ... he thinks the pop star is too violent ... and if he doesn't cut the crap, CB is going to pay a very serious price.

Tyson was a guest on the 95.5 PLJ Morning Show this morning ... when the gang asked if Mike, who's battled anger issues in the past, had any advice for Chris -- and Tyson delivered.

"I like and admire that little guy," Tyson said ... adding, "I'm just worried about him."

Tyson says he knows from experience that if Chris doesn't learn to control his rage issues, people will turn on him -- and "they're gonna put him somewhere where that's all they do is assault people."

You gotta listen to the interview, it's incredible -- and Tyson ends with this gem: "Chris should know this ... if you're not humble in this world, this world will thrust humbleness upon you."