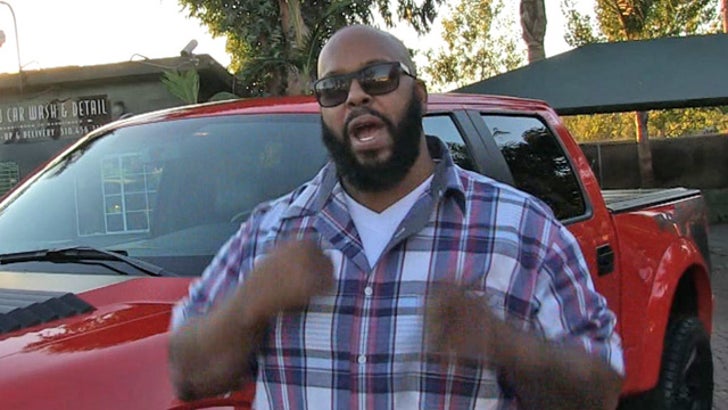 Suge Knight says he's on a mission to get Tupac Shakur enshrined on the Hollywood Walk of Fame ... and tells us, if his demands aren't met -- there will be SERIOUS consequences.

Knight was getting his truck washed in Malibu yesterday when he issued his threat -- "If they don't hurry and put Tupac on the Walk of Fame, all the Tupac fans and all the homies are gonna start going down there and just scratching all the other names off."

Knight says no celebs will be off-limits when his boys start destroying the stars -- including Elvis.

He even took a shot at Diddy while making his argument -- ya gotta hear it.

As for the H-wood stars -- unclear why Suge's so passionate about the cause, since everyone on the WOF has basically become a target for homeless people to pee on.