Tom Cruise admitted that Katie Holmes left him partly because of his ties to Scientology.

Cruise sat for a deposition in his $50 million libel suit against a magazine company that claimed he abandoned his daughter Suri.

In the deposition ... Cruise squirmed in his chair as the lawyer for the magazine repeatedly asked if Katie fled their marriage because of the Church. Cruise hemmed and hawed, suggesting it wasn't true, and then the lawyer asked whether "Katie Holmes left you in part to protect Suri from Scientology."

Cruise answered: "Did she say that? That was one of the assertions, yes."

Cruise also admitted that Suri is NOT a member of Scientology anymore.

The story that triggered the lawsuit claimed Tom abandoned his daughter. In his depo, Cruise says for the period between June 18, 2012 and Thanksgiving, 2012, he estimates he only saw Suri 10 days. During one stretch ... Tom admits he didn't see his daughter for more than 100 days.

The lawyer for the magazine grilled Tom about his desire to see Suri. The lawyer pulled out aviation documents showing Tom flew from Pittsburgh to London on Oct. 15 for the International Association of Scientology convention. Tom returned to Pittsburgh the next day. Tom said it was very important to attend, and then the lawyer made it clear Tom never took such quick trips to see Suri.

And in another part of the deposition, the magazine's lawyer brought up the part of the story in which they claimed Suri was "upset and crying a lot" when Tom was absent. In the depo, Tom admits being absent, but adamantly denied Suri was upset. 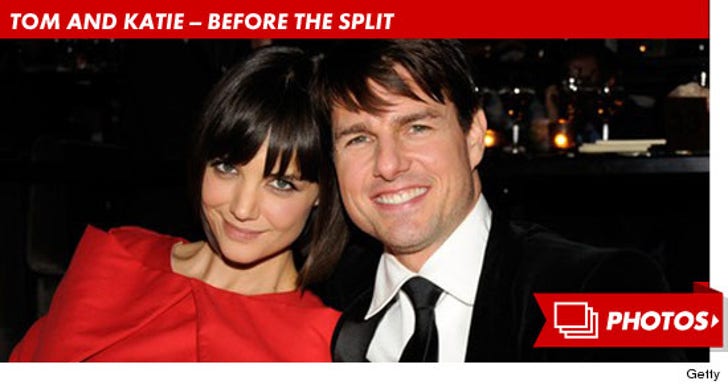 My Job's As Hard As 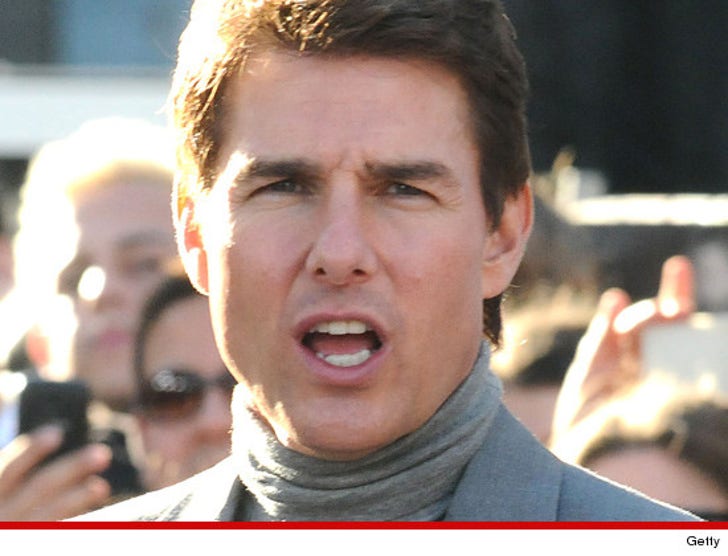 Tom Cruise not only thinks he trains harder than Olympic athletes, he believes his job as a professional actor is as grueling as fighting the war in Afghanistan -- this according to legal docs obtained by TMZ.

As we reported, Cruise recently sat for a deposition in his $50 million libel suit against a magazine publisher that claimed he abandoned daughter Suri -- and his quotes are GOLD.

First, the Middle East -- Tom says his location shoots are just like serving a tour in Afghanistan, "That's what it feels like. And certainly on this last movie, it was brutal. It was brutal." 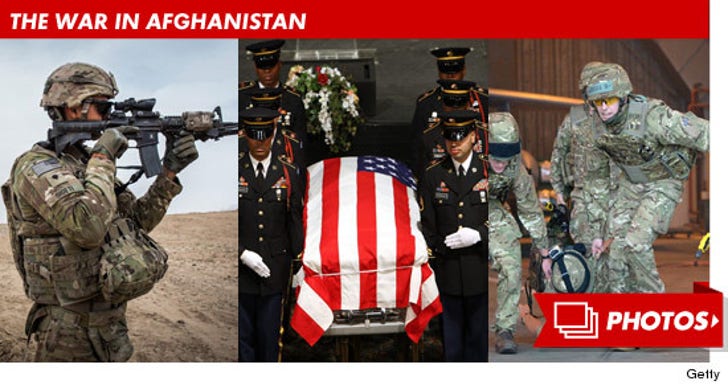 As for his physical training, Tom said, "There is difficult physical stamina and preparation. Sometimes I've spent months, a year, and sometimes two years preparing for a single film." But the kicker, he adds, "A sprinter for the Olympics, they only have to run two races a day. When I'm shooting, I could potentially have to run 30, 40 races a day, day after day." 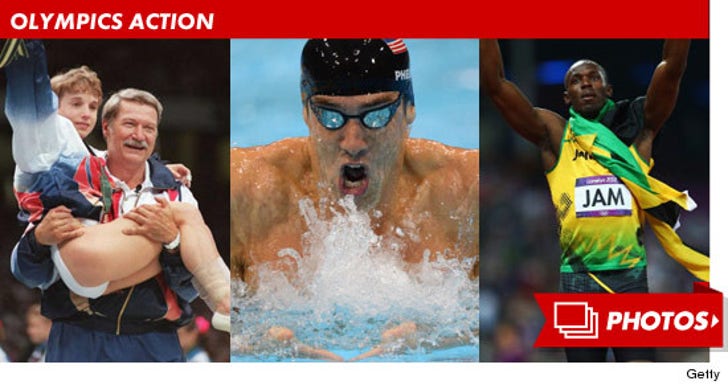 But it's not all grenades and triathlons ... Tom says he's only flown commercial ONCE in the last 4 years ... and that was because he had no choice.

And there's this ... Tom says the skills he's picked up along the way have provided shortcuts in his relationship with Suri. For example, he says it's not always necessary for him to be physically around Suri, because he can tell her vivid stories on the phone that come to life. Tom says, "I've gotten very good at [talking on the phone]. I've gotten very good at it. I tell wonderful stories and they like hearing it." 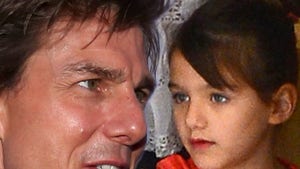