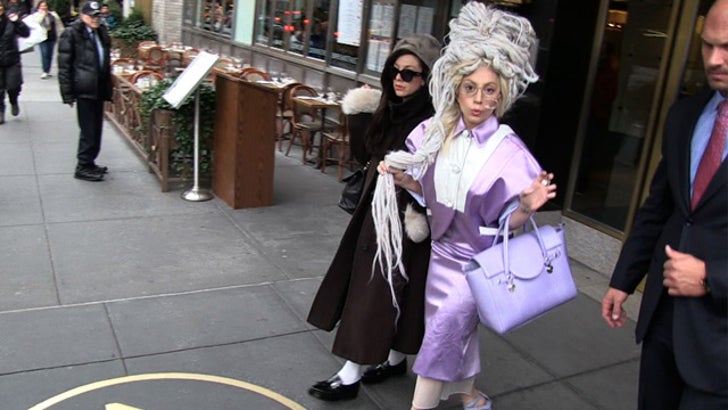 Lady Gaga stole a page right from Heidi Klum's fashion playbook last night -- strolling New York City dressed as an old, feeble lady ... only problem is when Heidi did it, it was a Halloween joke.

Gaga shuffled out of the Ritz Carlton Hotel wearing a shiny purple ensemble with a weird grey wig.

Our photog tried to ask about reports she'll be singing in space -- but the pop star was so committed to the old lady role, she refused to break character ... and replied, "You're from space?"

The whole thing was bizarre -- but we gotta ask ... 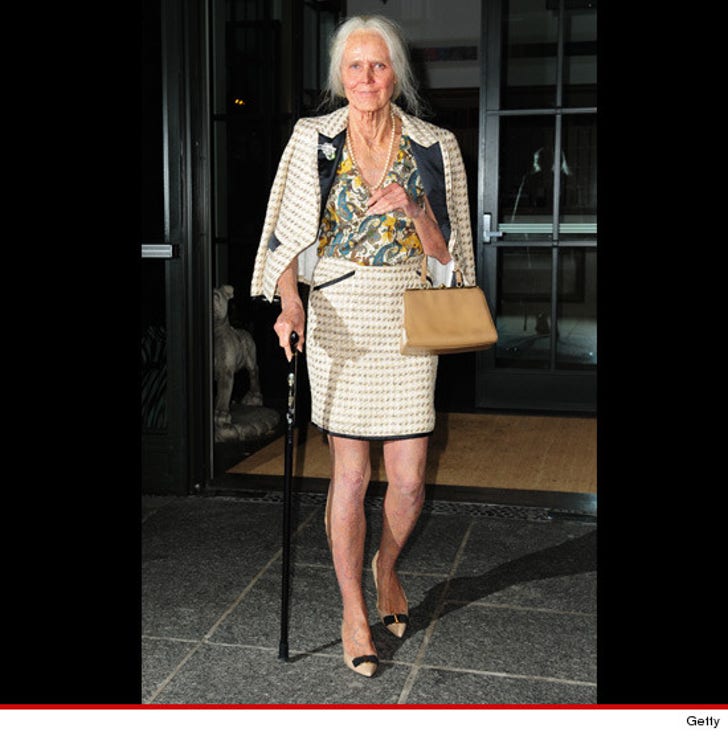