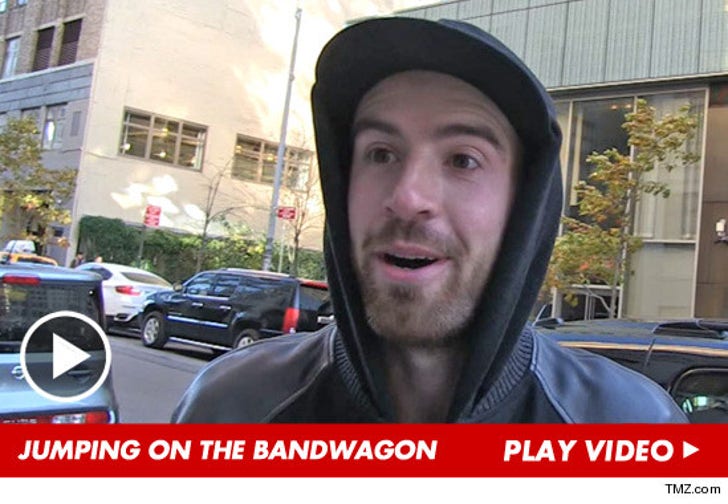 Hollywood celebrities are abandoning the Lakers in droves ... and they're defecting to the rival L.A. Clippers ... so says MTV star Chris "Drama" Pfaff.

Pfaff -- who stars on a slew of MTV shows including "Fantasy Factory" and "Ridiculousness" -- was out in NYC yesterday when he admitted he's hitching a ride on the Clippers bandwagon.

"Clippers games used to be empty," Drama said ... but that was before Blake Griffin, CP3 and company began dominating.

Now, according to Pfaff, Lob City games are packed with celebrities and floor seats are nearly impossible to lock up.

The Lakers aren't exactly chopped liver ... but let's face it, they're not exactly the flashiest show in town anymore -- and it's clear, the stars have taken notice.