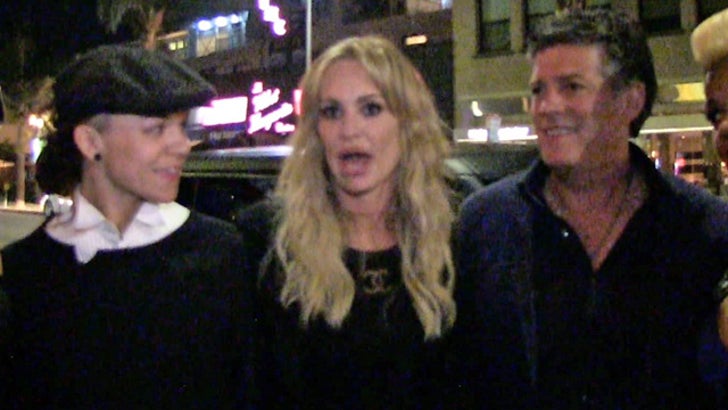 Taylor Armstrong says her "Real Housewives of Bev Hills" co-star Brandi Glanville is a trashy, classless liar who needs to keep her big mouth shut about Joanna Krupa… and her (allegedly) stinky vagina … TMZ has learned.

We ran into Armstrong and her posse outside Aventine this week in Hollywood … and she jumped to Krupa’s defense when our photog told her about Brandi’s latest round of cheap shots.

Brandi was on ‘Watch What Happens Live’ on Monday … and claimed Krupa slept with Yolanda Foster’s ex-husband Mohamed Hadid … and that Mohamed told her Krupa has unpleasant smelling lady parts.

Taylor didn’t exactly deny the accusations … but she did admit she’s not surprised Brandi would say such “gross and classless” things … ‘cause according to her, that’s just the kind of person Brandi Glanville is.

Check out the video … Taylor’s got a lot more to say.