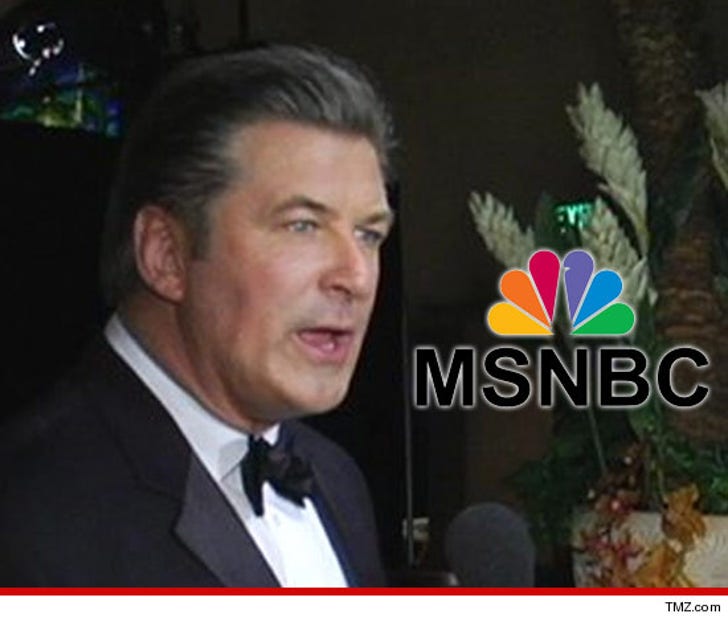 Alec Baldwin has one less place to rant ... MSNBC suspended the actor from his talk show for hurling homophobic slurs -- and he's finally admitting what he said was "offensive."

Baldwin released a statement saying ... "I did not intend to hurt or offend anyone with my choice of words, but clearly I have – and for that I am deeply sorry."

Baldwin's issued his apology after MSNBC announced it was yanking his weekly show off the air tonight and next Friday.

Alec seems to be rationalizing his rage though, saying ... "What I said and did this week, as I was trying to protect my family, was offensive and unacceptable."

Baldwin originally claimed he yelled, "c**ksucking fathead" ... instead of "c**ksucking f*g" ... while chasing a photographer on Thursday.

In his apology Baldwin concedes, "Words are important. I understand that, and will choose mine with great care going forward. Behavior like this undermines hard-fought rights that I vigorously support."