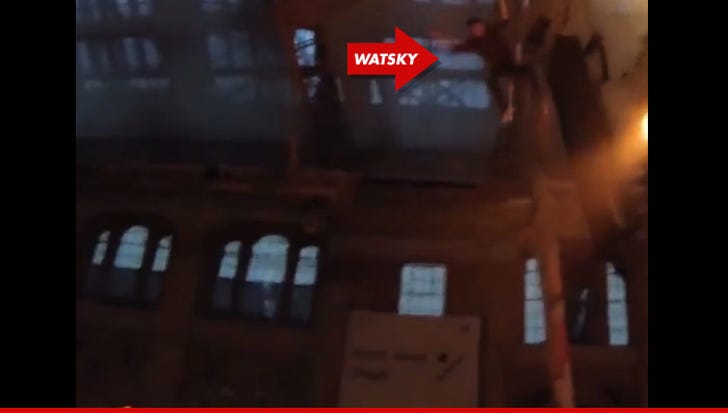 Reason #427 to avoid mosh pits at rap concerts -- rappers like George Watsky launching themselves like a missile into the crowd from 35 feet in the air!

Watsky -- an up and coming rapper from San Fran -- was performing in London on Sunday when he climbed onto the light rigging above the stage, and hurled himself into the first few rows of the crowd. 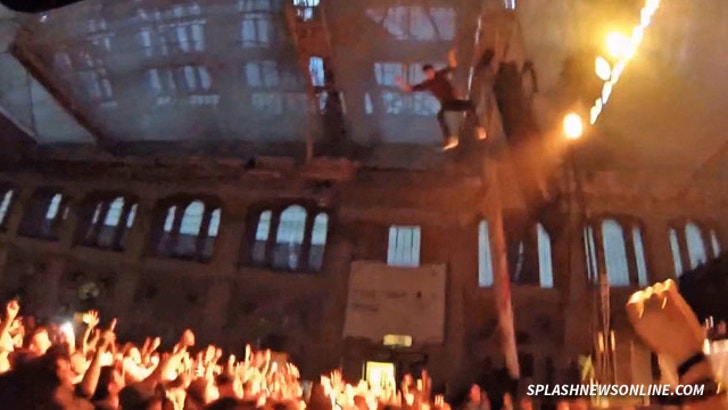 Watsky survived with just some bad bruises ... but his fans didn't do so well. A woman in the audience broke her arm, and a guy suffered back injuries.

Watch the video -- it's totally insane, and arguably criminal on Watsky's part.