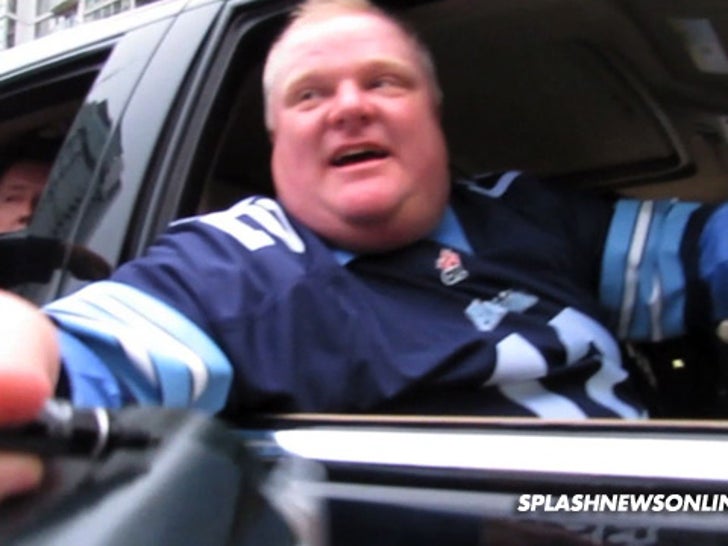 Cracky Mayor Rob Ford -- the Tyrone Biggums of politics -- says he's well aware he was mocked on "Saturday Night Live" this weekend ... but he didn't seem too upset about it.

Ford was in Toronto on his way to watch a Canadian Football league playoff game -- when he stopped to sign autographs like a rockstar.

During the quick signing session, Ford was asked about the "SNL" skit -- in which Bobby Moynihan spoofs the mayor as a fat, cracked out idiot.

"It was crazy," Ford said of the sketch.

Ford then proceeded to the football game ... despite a suggestion from the CFL commissioner that Rob stay the hell away.

Ford plays by his own rules ... especially when those rules involve crack.