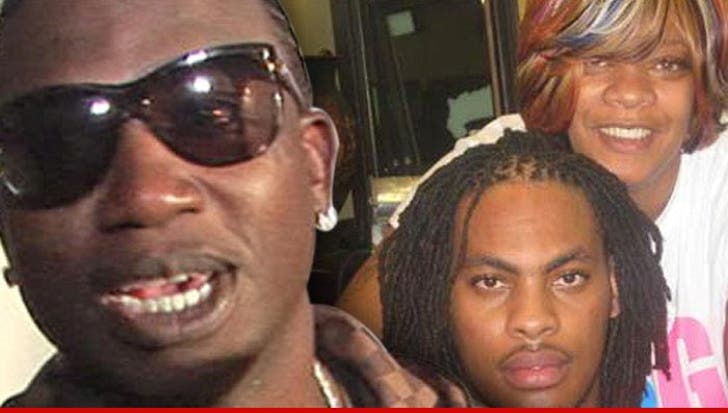 Gucci Mane’s career is RUINED after Waka Flocka Flame – and his MOM – spent years sabotaging and stealing money from the Ice Cream faced rapper … according to a new lawsuit.

In the docs, Gucci claims he hired Debra Antney – Waka’s momma – to be his manager in 2006 … and says she and Waka have been robbing him blind ever since.

According to the suit, Antney and Waka released Gucci's music and collected royalties without his permission … and Antney made herself CFO of Gucci’s corporation without his knowledge.

As a result, Gucci says he’s lost money, his reputation … and all he's got left are some serious tax issues.

The Ice Cream Man is suing for fraud, racketeering, and conspiracy … and wants the courts to freeze Waka and his mom’s assets. Oh, and he wants a ring and chain returned that he claims Waka's mom stole from him.

Waka and Mama Waka haven't returned our calls for comment.