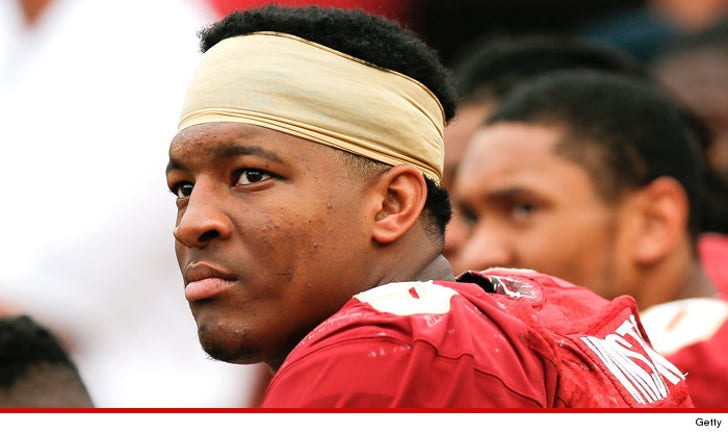 Florida State quarterback Jameis Winston allegedly did far more than sexually assault a woman ... she says he RAPED her, and cops then warned her that she was living in Winston country and she had better back down if she knew what was good for her.

The alleged victim just went public with the alleged corrupt investigation by the Tallahassee Police Dept., in which she claims she immediately reported the incident back in December to cops, but was later told, Tallahassee was a big football town and that she would be "raked over the coals" and her life "will be made miserable" if she pursued it.

And there's more ... The victim says her lawyer repeatedly tried to obtain blood work and DNA results from the crime lab, but was told if she persisted the whole thing would become a public spectacle.

According to the statement, Winston's roommate witnessed the alleged rape but the cop refused to interview him.

TMZ broke the story about the investigation, and the curious timing ... the cops didn't forward the case to prosecutors for 10 months -- EXACTLY ONE DAY after TMZ began poking around and calling the PD. 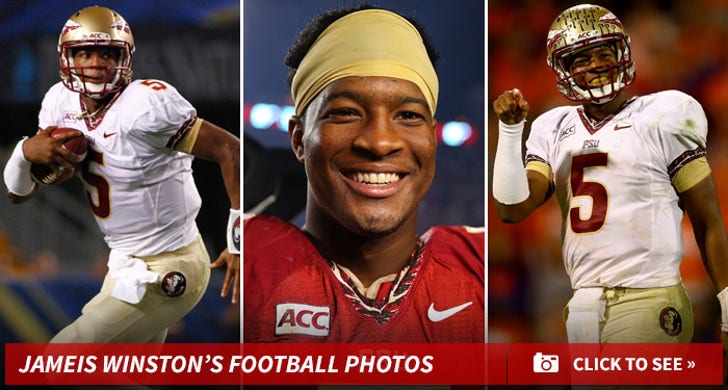