Drake has a new business partner -- MICHAEL JORDAN -- 'cause the rapper just announced he signed a new shoe deal with Nike and MJ ... and he's fired up about it.

Drake made the announcement during a concert last night in Portland -- which also happens to be where Nike's headquarters are located.

During the show, Drake said, "Today I came to Portland, and I officially became inducted into the Team Jordan family." Drake said it was one of the best days of his life.

The rapper then posted a shot of his special OVO Air Jordans to his Instagram page -- it's unclear when they'll hit the market. 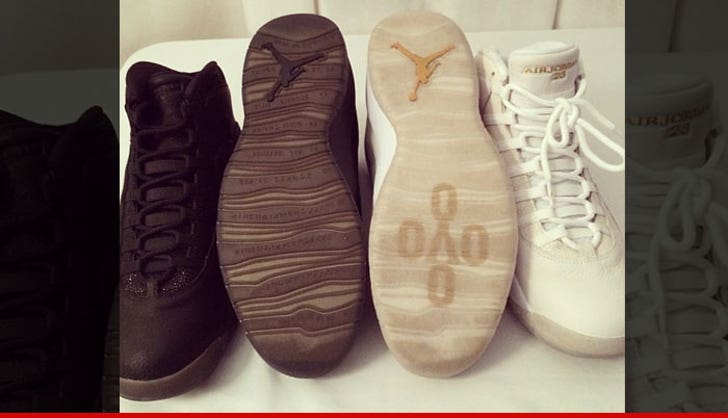 The move comes in the wake of Kanye West revealing that he recently pulled out of a deal with Nike because they wouldn't give him royalties on his shoes.

So far, the terms of Drake's deal with the swoosh have not been released!