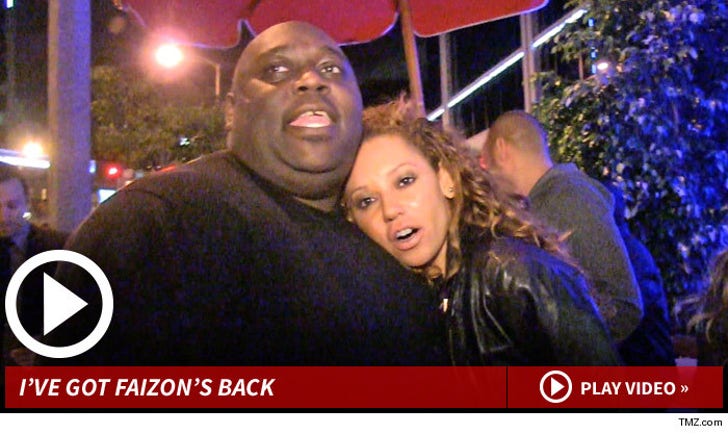 Mel and her husband Stephen Belafonte were at Boa Steakhouse in L.A. with comic Faizon Love (Big Worm in "Friday") ... when Faizon told us he's still at war with Katt, who allegedly pulled a GUN on him last year.

Faizon tells TMZ ... he thought the beef had blown over ... until recently when Katt started talking more smack to him online.

Faizon proceeded to TRASH Katt on camera ... telling us, "He can't f*ck with me on the stage, on the screen or in these streets." You can tell Faizon is seriously pissed.