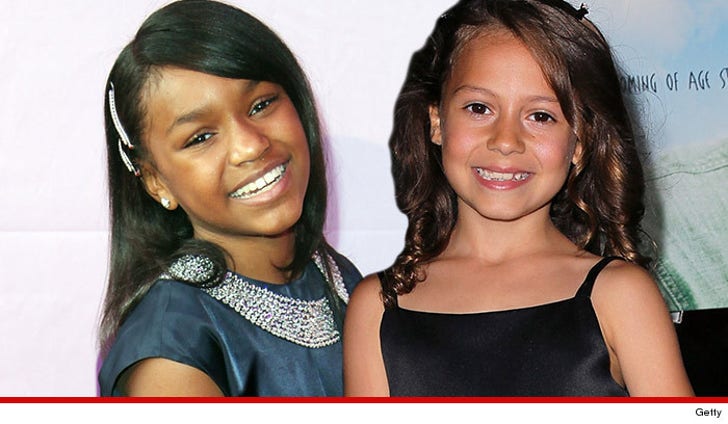 Daddy Warbucks can keep his dough -- 2 young actresses in the upcoming "Annie" remake stand to rake in six figures ... according to the big fat contracts they inked ... TMZ has learned.

14-year-old Eden Duncan Smith (left) and 9-year-old Nicolette Pierini play poor ragamuffin orphans in the movie -- and because they're minors their deals have to be filed in L.A. County Superior Court ... and let's just say they won't be method acting.

But the real jackpot comes with a trilogy -- Nicolette gets $300K ... and Eden, $250K for the third movie. To be clear, neither is playing the lead.