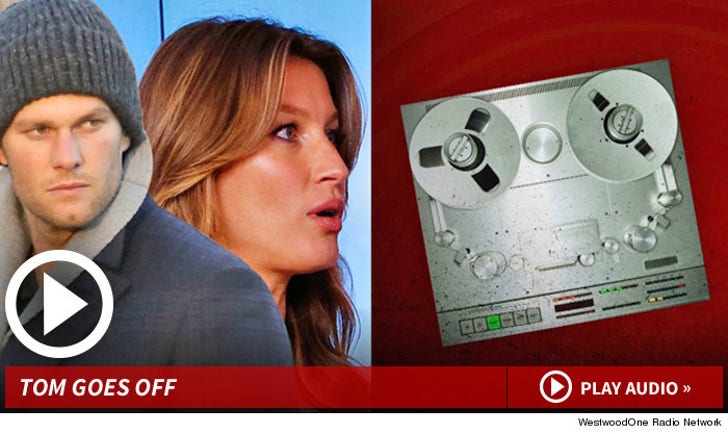 Tom Brady doesn't give a CRAP about what his wife thinks when it comes to football ... admitting he IGNORES HER OPINIONS because she doesn't know what she's talking about.

Brady dropped the bombshell during an interview with Jim Gray on WestwoodOne Sports radio Thursday night ... saying lots of people in his life bombard him with opinions about his on-the-field performance, including Gisele, but "none of those opinions matter."

Jim, like most husbands, was in shock at the statement ... saying, "You ignore [your wife's opinion]? You're the only husband in the world that can do that."

Brady retorted -- "I'm sure there's a few others too ... sometimes they speak out of school a little bit."

He continued, "As much as we do want to give in to our wives at times and to be good husbands we have to [listen to our wives] ... but when it comes to football, she leaves that to me."