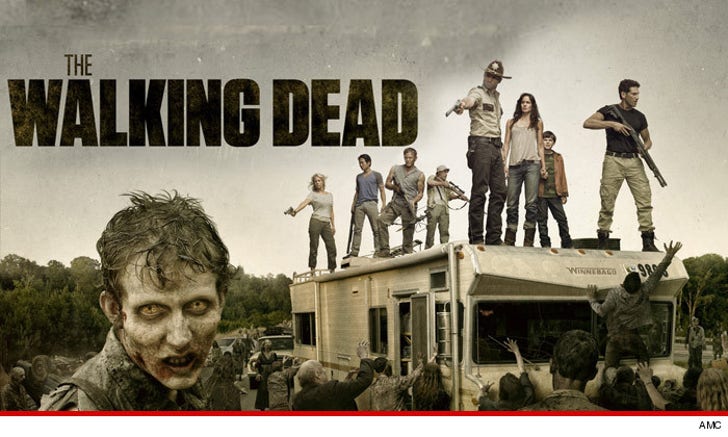 The creator of "The Walking Dead" -- one of the most popular shows on TV -- wants his pound of flesh from AMC -- to the tune of TENS OF MILLIONS OF DOLLARS.

Frank Darabont was the mastermind who adapted the popular comic book into a series back in 2009. He claims in his suit he would get 12.5% of the profits, but he claims AMC unceremoniously fired him in 2011 and he hasn't received a penny.

Here's what he says is especially galling. The show is a juggernaut, sometimes even beating Sunday Night Football. Yet AMC tells him the show is operating at a deficit. Darabont says AMC has outright defrauded him by producing and distributing the show to itself and essentially cooking the books to screw him out of his share.

What really pisses him off ... Darabont says the creator of "Mad Men" -- which also airs on AMC -- gets a huge cut of a $3 million fee PER EPISODE, even though "Mad Men" gets less than 1/4 of the viewership of "The Walking Dead."

Darabont wants 10s of millions of dollars. And this is kinda funny. He also wants a cut of "The Talking Dead," the talk show that follows each episode.