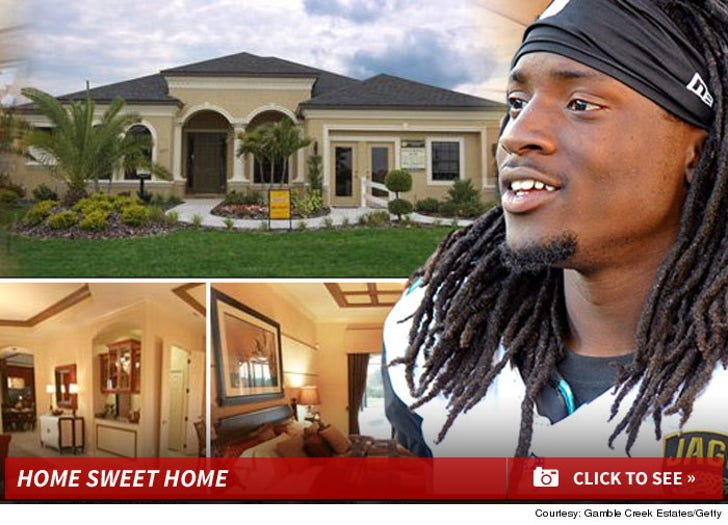 Jaguar's rookie WR Ace Sanders ﻿just sprung for a brand new $300k crib for his mom as a thank-you for pushing him to excel in school and life ... Ace's mom tells TMZ Sports.

FYI, Sanders only signed a 4-year $2.64 million contract with Jacksonville last April -- which included a $481k signing bonus. Unclear if Sanders bought the $300k home outright, or if he took out a mortgage on the place.

Ace's mom got her "gift" yesterday ... and the NFL player immediately tweeted about it: "Mama just called me in tears! She was handed the Keys to her new house!!!! Merry Christmas mama! I love that Women to death!"

We spoke with Ace's mom -- Twanda -- who told us "[Ace] didn’t have to do it, but he told me that ‘ma, you made me do everything, stay in school, get good grades… I want you to have this.”

Twanda says she loves the new place ... adding, "I never expected anything like it."

The house is still unfurnished -- so Twanda's waiting to move in until Christmas Eve. BTW, Ace comes home from playing the Colts in Indy on Dec. 29th.

Fun Fact -- Sanders scored his first NFL touchdown last week against Buffalo, just before his mom got the keys.