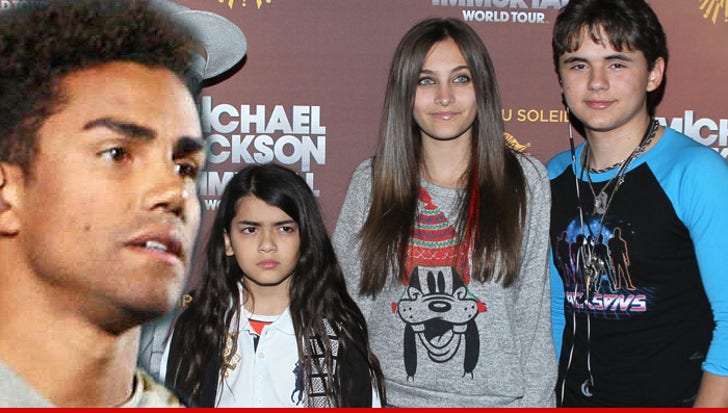 TJ Jackson -- the guardian of Michael Jackson's 3 kids -- is not in the XMAS spirit when it comes to a cousin who is trying to yank guardianship away from him ... we've learned TJ has gone to court asking a judge to blow this dude out of the water.

Anthony Jackson II filed legal docs asking a judge to appoint him guardian, but TJ says he never explains why. The petition sounds like BS, but what's interesting is TJ revealing a little bit about his role. He says both he and Katherine are doing a great job as co-guardians.

TJ says Paris, Blanket and Prince all like the way it is.