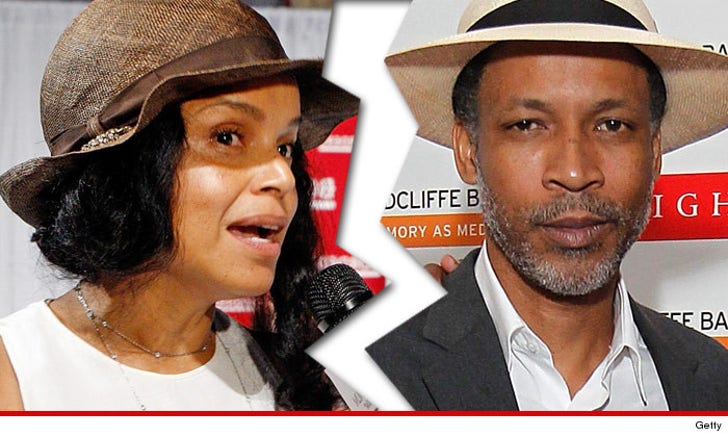 Victoria Rowell - who played Drucilla on "The Young and the Restless" -- is getting divorced, and the backstory to her marriage is fascinating.

Victoria's husband, collage artist and sculptor Radcliffe Bailey, filed to end their 4-year marriage. TMZ has obtained the settlement agreement, which shows the couple had a prenup so no money was on the line. And, they had no kids, so it seems the divorce was pretty simple, with one caveat.

According to the settlement, "Each agrees that he or she shall not in any manner disturb, bother, harass or otherwise interfere with the other party."

54-year-old Victoria lived in a number of foster homes. When she married Radcliffe a number of her foster mothers were on hand at the New Hampshire church.

Victoria has tons of credits, including "Cosby," "Fresh Prince of Bel Air" and 9 years on both "Y&R" and "Diagnosis: Murder." And best of all ... she plays Amanda in "Grand Theft Auto V."

She once said, her dating experiences were like "the desert -- just enough water for inspiration."