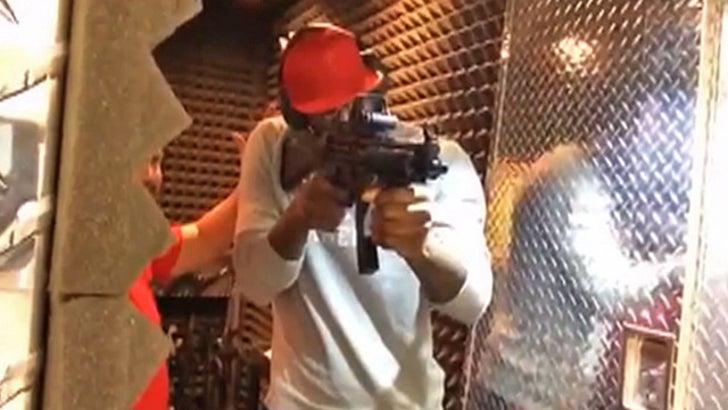 LeBron James is a helluva shot off the court ... so say the folks at a Miami gun range, where LBJ went all Rambo with a machine gun last week, TMZ Sports has learned.

We know ... James and his wife Savannah went for a little his & hers target practice at Lock & Load Miami on New Year's Eve, where they sprayed bullets from multiple guns, including an MP5 (that's the one featured in the video).

We're told both LeBron and Savannah were "very good shots" ... but LeBron had a slightly better aim.

Gun range staff tells TMZ ... LeBron was assigned a specialist to help him on the range -- and the guy is a legit badass ... an ex-police officer who's currently a military reservist.

No one was harmed in the making of this post. 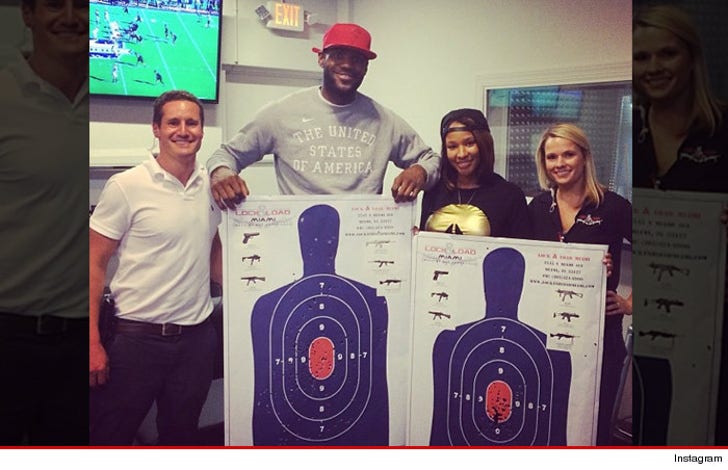