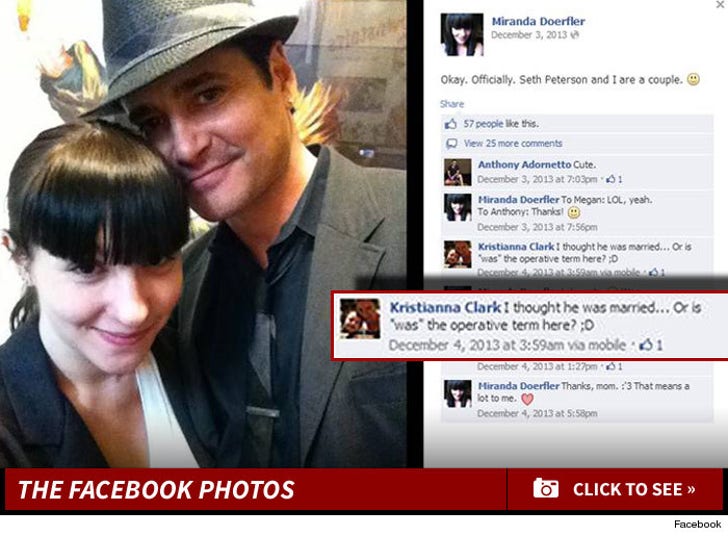 "Burn Notice" star Seth Peterson proudly plastered his new 22-year-old girlfriend all over the Internet -- which normally would be fine ... except he's still got a wife ... who's about to give birth.

TMZ broke the story ... Peterson's wife Kylee Cochran just filed for divorce, claiming her 43-year-old husband bailed on their 12-year marriage in September (when she was just 3 months pregnant with their 3rd kid) to shack up with Miranda Doerfler, a 22-year-old aspiring writer.

Miranda has since posted photos of herself with Peterson all over Facebook, writing captions like, "Okay. Officially. Seth Peterson and I are a couple."

One of Miranda's friends commented, "I thought he was married." And Miranda responded, "Lol, yeah" ... meaning, he WAS. Rhymes with witch.

Seth's wife is asking for spousal support as well as full legal and physical custody of their children, claiming he has a drug problem and she needs to protect the kids. 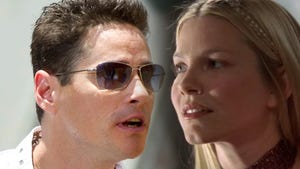 'Burn Notice' Star Seth Peterson -- Pregnant Wife Files for Divorce ... He Left Me for Some 22-Year-Old 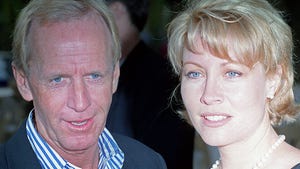 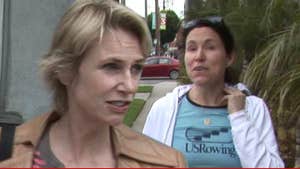