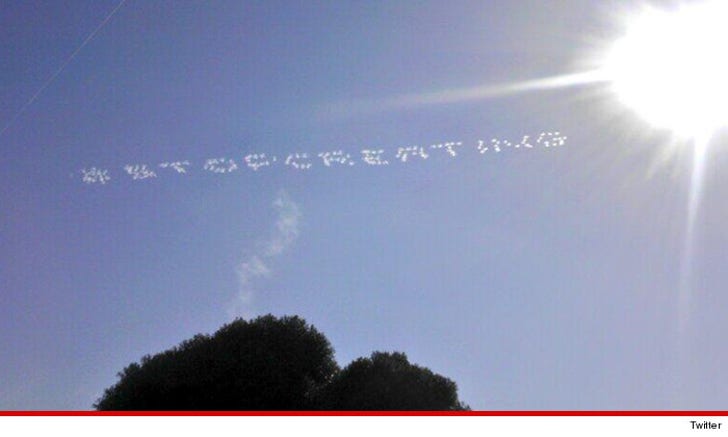 Shia LaBeouf's not pinching pennies now that he's retired -- TMZ has learned, his latest skywriting stunt (commissioning a fleet of planes to write "STOP CREATING" in giant letters above L.A.) cost him 25,000 smackaroos.

A rep for the skywriting company Skytypers tells us, they were contacted by Shia's people Friday morning ... shortly after Shia publicly announced his retirement from "public life" in the wake of his plagiarism scandal.

In light of the recent attacks against my artistic integrity, I am retiring from all public life.

The rep says Skytypers dispatched 5 planes for the job, each flying wing-to-wing as they emitted puffs of smoke to spell out "STOP CREATING" above Angel City.

Fun fact: each message stretches 5 miles in the sky, but they're only legible for about 7 minutes ... so the message had to be re-puffed 18 times.

It wasn't Shia's first bitter sky message ... earlier this week Shia hired a bunch of planes to write out "I am sorry Daniel Clowes" ... referencing the graphic novel he plagiarized for his recent short film "HowardCantour.com." 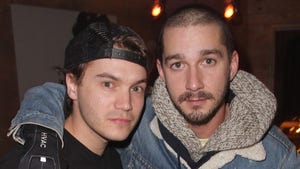 Emile Hirsch vs. Shia LaBeouf -- Which Hipster Would You Rather?