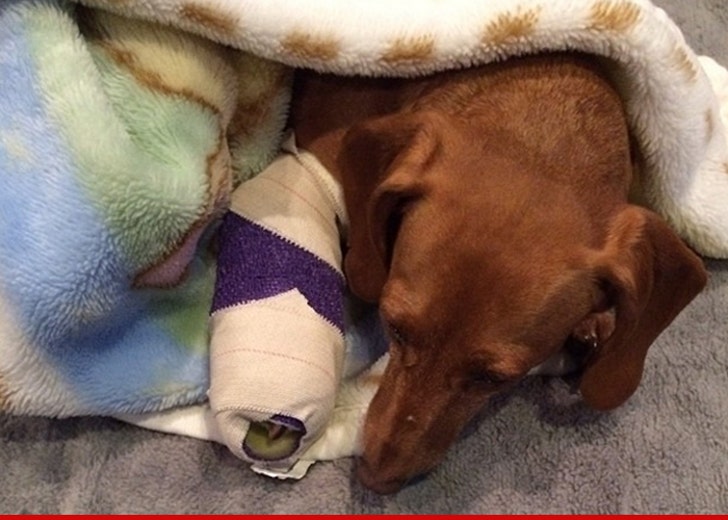 Former WWE Champ Jeff Hardy's precious little dachshund was RUSHED TO AN EMERGENCY VET LAST WEEK ... but don't worry, the courageous pooch made it out alive.

The dog (named Sophie) injured herself jumping off the back of their couch while playing with the wrestler and his wife ... but the couple assumed she had just sprained an ankle.

After a few days of limping, they decided to take Sophie to an emergency vet ... where doctors said the dog had cracked a bone in her foot -- so they hooked her up with a splint.

In the meantime ... Jeff's wife Beth says they're just focusing on keeping Sophie off the back of the couch. 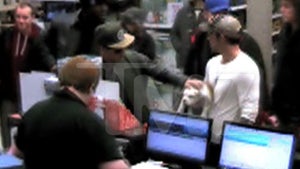 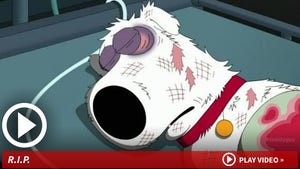