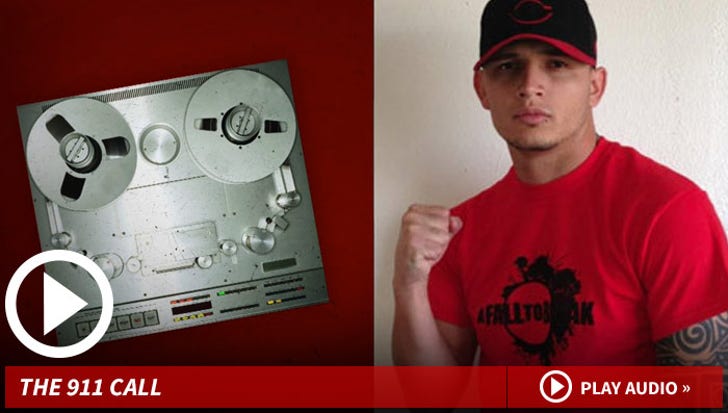 **WARNING -- THIS AUDIO IS EXTREMELY DISTURBING**

TMZ Sports has obtained the 911 call made when 4 men invaded the home of MMA fighter Joe Torrez ... and the panicked caller describes the dramatic moment Torrez fights for his life ... killing one of the intruders in the process.

The call was made by a woman in Joe's home -- and she tells the dispatcher a "car full of people" arrived to their New Mexico house on January 1 with violent intentions.

The caller says the intruders were breaking windows and attacking Joe while children were hiding in a back room.

The caller says one of the invaders was trying to attack Joe with a knife.

As we previously reported, one of the intruders died from wounds sustained in the attack -- another was hospitalized with extreme facial injuries. The other two men ran for their lives, but were later arrested.