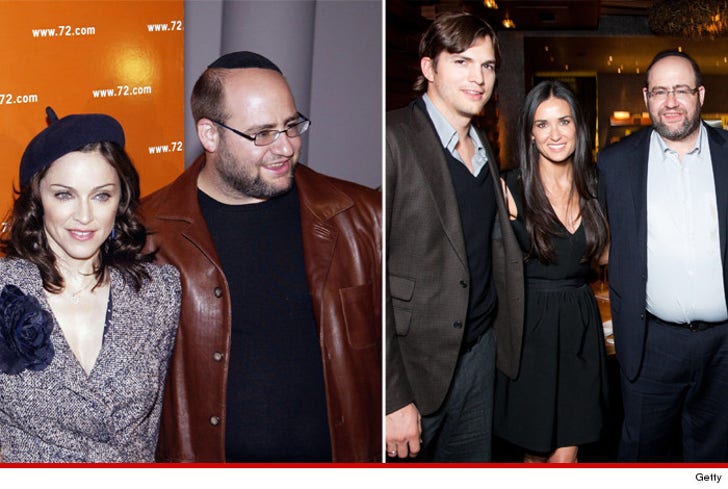 A Kabbalah leader -- who hobnobs with the likes of Madonna and Ashton Kutcher -- sexually attacked a woman and then threatened to "f**king kill" her if she told anyone ... according to the woman, who's just filed a multi-million dollar lawsuit.

Jena Scaccetti is suing Yehuda Berg -- co-director of L.A.'s famed Kabbalah Centre -- claiming he was her spiritual advisor and Kabbalah teacher when he groped her and threatened her in October 2012.

According to the lawsuit ... Berg -- a married father of five -- invited Scaccetti to dinner at his mother's apartment, claiming he could help heal her kidney stones.

Scaccetti claims Berg complained to her about his life at the Kabbalah Center and began trashing other teachers at the Centre... even describing his sister-in-law as a "c**t" and a "star-f**ker."

In her lawsuit, Scaccetti claims Berg then plied her with Vicodin and alcohol and started hugging her and touching her legs. She says he asked if her genital region "...was Brazilian or shaved" ... and made the move to seal the deal.

Scaccetti now wants justice with a dollar sign -- she's suing for $15 mil ... plus another $40 mil in punitive damages.

We've reached out to Berg and the Kabbalah Centre ... so far no word back.