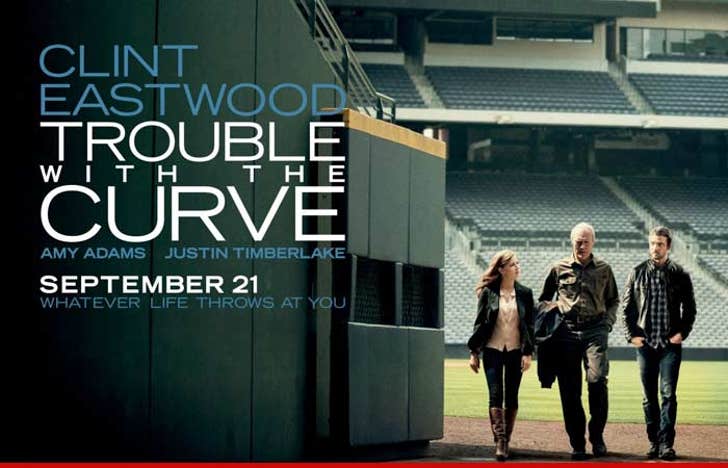 The guy who claims he wrote the movie, "Trouble With the Curve," only to have it stolen out from under him, now says he has CSI-type evidence proving the guy who's getting credit boldly LIED about writing the script before him.

Ryan Brooks has sued Randy Brown, claiming he and others stole a script Brooks wrote, entitled "Omaha" ... tinkered with it, and then renamed it "Trouble With the Curve."

Brown claims he wrote the script on his own way back in 1997. But now Brooks has filed legal docs -- obtained by TMZ -- in which he claims his team of high-tech forensic experts has picked apart data from Brown's floppy disks which contain notes and manuscripts, which Brooks says have telltale signs of manipulation.

-- The floppies are sloppy ... The operating system that saved the manuscript wasn't created until AFTER 1997, which Brooks says is clear FRAUD.

-- One of the disks contains a folder named "Trouble w/ Curve" and that was created in 1993. Brooks says it makes no sense if Brown says he didn't even come up with the idea til 1996.

One of the experts Brooks hired has lots of credits, including investigating the Unabomber case, John Wilkes Booth's diary, the Martin Luther King, Jr. murder, the Kennedy assassination, and 9/11.